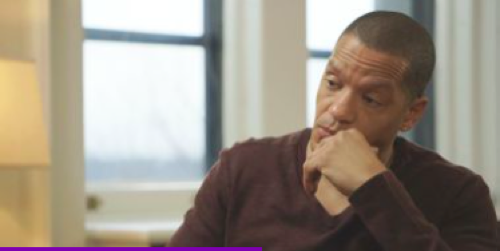 On the last episode, Jhonni and Rich had unfinished business; Peter tried to win Amina back; C Santana was given an ultimatum. Did you watch the last episode? If you missed it, we have a full and detailed recap right here for you.

On tonight’s episode as per the VH1 synopsis, “Peter asks Amina to stay; Chrissy wants C Santana to make a final decision; Yandy reveals a surprise.”

Jhonni Blaze is not going to stop pursuing her dreams in the music industry despite no longer having Rich, because she’s confident in her talents and her determination.

Diamond calls her dad to help her. He doesn’t know she mostly came to New York to be with Cisco. She tells him about Cisco promising her marriage and help with her modeling career. He tells her she doesn’t need a boy, she needs a man with purpose in life.

He asks why she didn’t reach out to him for help. She says she wanted to do something on her own, because she’s sick of depending on her parents and wants to take care of her daughter and be independent. He agrees, and says she has to take responsibility.

Tara meets up with Peter to hook up her clients with him. She asks him to make beats for them. She asks what’s going on with him, and he says he’s trying to stay above water and do the right thing and that the may have crossed the line too many times with Amina. He says he hates the idea of failing, and doesn’t want to get married, have kids and walk away.

He says he can’t really say she did anything. She says there must be for him to step out on her constantly. She says she felt like he didn’t love her, asking if he did. “I don’t think so,” he says. He says he was never “in love” with her because they never had the opportunity for that to happen.

He asks her if she ever really loved him, and she says she still loves him. He says one day he came home and his kids’ mother decided to pack up everything, take the kids and bounce because she was upset.

She asks if he was living with this woman while they were together, and he says yes.  She says clearly there was clearly nothing wrong with her, and it’s clearly a problem with him.  She says she definitely doesn’t want any bad blood between them because she’s in New York and not leaving. She says she wants them to be cordial and act like adults. He asks her if she wants a hug and she says no, but they eventually hug.

Chrissy invites Chink to come see her. She tells him last time they saw eachother and she asked him if he wanted to move in he was rude. She says clearly she doesn’t have anything coming from him, asking why he would even get involved with her and play mind games, introducing her to his father and promising her things. He says that’s not the case, and she says that’s been her life for two years while he’s been married and hasn’t done anything about it. He says he’s told her that he’s not going to get a divorce until he decides to. She brings up her desire to have a baby, and he tells her to go have a baby. She says she wanted a baby with him, and he says she’s acting like it’s his fault that he won’t agree with it.

After calling him a slew of names, Chrissy gets up. She yells at him, saying he lost the best woman he’s ever had and will always remember her. She then storms off.

Peter wants his family back and will go to any lengths (except probably being faithful) to make that happen. When Hassan invites him for drinks, he says yes, hoping for some guidance. Hassan says he’s seen one of Amina’s exes in photos with her on social media, saying he is now her manager. Peter says he has to put up with it.

Paris is rehearsing for her new single, but she had to pay for it herself.  She invites Rich down to talk. She asks him who makes the phone call every time they speak. He says he is a control freak and needs to know that when they’re doing this, they’re doing this. In confessional, he references her doing random work with other people, saying she clearly doesn’t want to be managed by him.

He tells her he can never tell her how to operate her business, only how he does it. She says she thinks they need to part ways.
“Nice not working with you,” she says after they shake hands.

Cisco flies to Atlanta to try to make things right with Tasha. He asks if there’s anything he can do to put himself in a better light in her eyes so they can co-parent. She says part of her doesn’t even want to be here right now, but she feels it’s necessary to get a good understanding of what mayhem he caused in her life. He asks why he did this to her, and he says it was never a case of him not wanting to be with her, and he will always love her. She says he broke her heart into a million pieces. He says he’s been through a lot and he made bad choices. She says she doesn’t care what he has been through, and he will never make up for what he did, so if he’s coming here to clear his conscience, he isn’t going to get that from her.

He says if she wants blood, he will show it to her. She says she wants blood, because he can’t fathom what she’s been through. He says it breaks his heart that he can’t be around his children. She says that because of that he should have done better, and he asks her what she thinks he’s doing here. She says that’s why he should have done a better job, saying that there are consequences for all of your actions and he is not going to run things in her life anymore. Tasha lunges at him after he throws some things around in frustration. “You expect me to put up with this shit forever?” she screams as he storms out.

Peter invites Amina on a weekend getaway in an attempt to get her back. He tells her he was a disgusting pig and he knows he doesn’t have ground to stand on as her family and friends hate him, but that he wants to stay together as a family.

She says she wants to move forward focusing on her music, bringing up the guy who is managing her. Peter tells her she thinks he’s a snake and a clown and he really wants to take his phone off the hook, but he’s remaining cordial.

He gives her a ring as a gift, and she says she doesn’t understand what he wants because she’s already told him she can’t do it.
“Maybe it’s just too late for us now,” Peter says. Amina doesn’t say anything.

Yandy’s baby shower is tonight and she is excited to surprise Mendeecees with the commitment ceremony. She calls him and his son up to the stage and reads a speech. She says she is signing the certificate to change her last name, and the wedding is coming soon.