Maksim Chmerkovskiy Disses Dancing With The Stars, Ex-Partner Hope Solo and Reveals Which Dancer He Hooked Up With 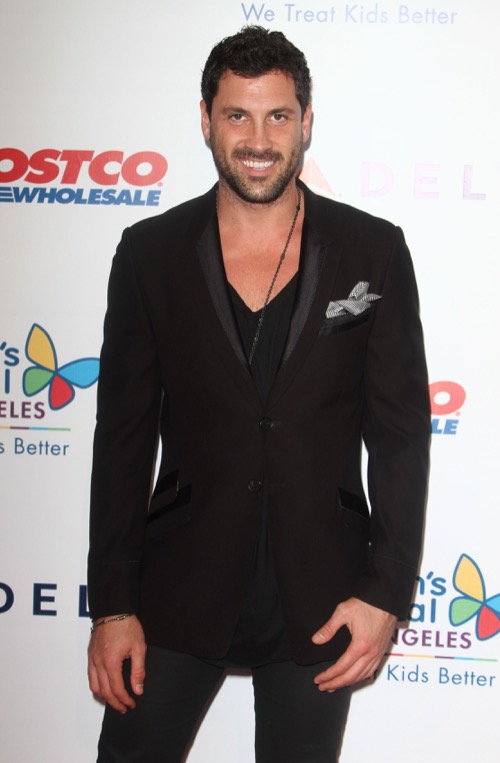 Dancing With The Stars alum Maksim Chmerkovskiy made a guest appearance on the dancing competition and served as a judge for Week 5. The day after Maksim’s appearance on DWTS, a never-before-heard podcast of the pro dancer was released on I-Tunes, and he threw some major shade at ABC, his co-stars, his former partners, and even revealed which one of his ex-partners he hooked up with.

The podcast was recorded on October 7th with hosts Theo Von and Matthew Cole Weiss, Maksim was reportedly throwing back tequila during the interview – and he didn’t hold back one bit. Reigning Mirror Ball Trophy winner Val Chmerkovskiy’s brother ranted, “I’m honest to a fault… maybe I was just not a good person for ‘Dancing with the Stars’ because for me, it was never about politics or trying to look good for the camera… I had one job: I had to teach somebody how to dance… and I didn’t care how I looked in the process.” He went on to reveal that he got in a huge fight with the producers, and he was sick of being censored because “Mickey Mouse was signing his checks.”

When asked about his alleged relationships with his former partners on Dancing With The Stars, Maksim revealed that he did actually hook up with one of them – Willa Ford. As for those rumors about him and Hope Solo, it never happened, as a matter of fact Maksim couldn’t stand her. He informed the podcast hosts that Solo was “just a shitty person.”

It is safe to say that Maksim Chmerkovskiy most likely won’t be invited back to Dancing With The Stars for any more guest judge appearances any time soon. What do you think of his interview? Why is he so bitter? How will the stars of DWTS react to his comments? Share your thoughts in the comments below!