Mariah Carey Divorce Finalized: Gaining Weight And Eating Out Of Control As Nick Cannon Moves On 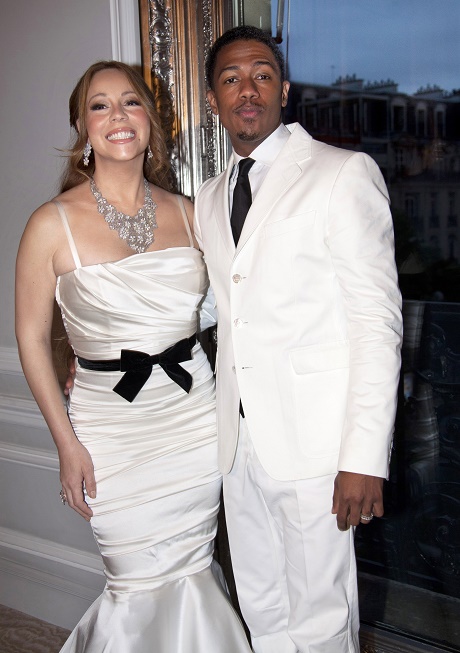 Mariah Carey is single, alone, and stuffing herself with food now that Nick Cannon is out of the picture and their divorce is being finalized. Many people who have difficult breakups or divorces do tend to go through a period of time where they’re either eating non-stop or they’re not eating anything at all. Mariah clearly falls in the former camp, but the difference between her and all these plebeians is that she’s an internationally famous celebrity who is frequently photographed…

A report from Naughty Gossip confirms Mariah’s binge eating, explaining that she was literally eating everything in sight at the Palm LA earlier this week. Apparently, she, “ordered a bottle of wine, a beefsteak, capri salad, filet mignon, potatoes, and a creme brulee dessert….”

I mean…good for her? It’s obvious that she’s taking the divorce from Nick Cannon badly, but more than that, I think she’s taking him moving on even worse. Nick Cannon is going around, partying, and dating women like Jessica White. Meanwhile, Mariah’s trying her best to find a rebound, but she’s probably insecure that Jessica White is younger and skinnier than her, and she’s probably bitter about it. And what better way to deal with bitterness than to act out and eat everything under the sun? We already know that Mariah Carey isn’t mature when it comes to dealing with her emotions – whether inwardly or outwardly – and stuffing herself with food seems as good of a coping method as any.

What do you guys think? Will Mariah Carey regret all this binge eating when she stops and realizes that she’s gained pounds and pounds of weight? Or do you think she’ll just stop caring completely? I find it hard to believe that she’ll let this phase go on for much longer, only because it’s making her look terrible. And if there’s one thing Mariah Carey can’t stand, it’s her reputation being soiled.