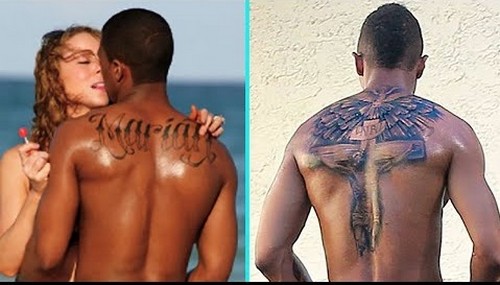 Mariah Carey and Nick Cannon’s marriage has been over for months now – and the couple’s divorce is underway. Cannon tried to quietly file the paperwork to officially end his marriage to Mariah in December 2014 – but the news quickly hit the internet. Nick Cannon clearly has no qualms about ending his and Mariah’s marriage, he is moving on and not looking back. But, according to a new report Mariah is not exactly handling the divorce as well as her ex is – and she is still madly in love with her twins’ father.

The March 23rd edition of GLOBE Magazine reveals, “Mariah Carey is crying her eyes out over ex Nick Cannon. The pair split last summer after six years of marriage. But, Mariah still has strong feelings for the America’s Got Talent host, who is dad to their 3 year old twins Monroe and Moroccan. And, she is devastated that Nick recently started dating Eddie Murphy and Michael Strahan’s ex Nicole Murphy.” GLOBE Magazine’s Hollywood insider dished, “Mariah still loves Nick. She hates being alone and single.”

Since Mariah Carey and Nick Cannon’s break-up in 2014, Nick Cannon has been spotted partying the nights away and living a care-free life, and Mariah seems to be weathering one crisis after another – from being sued by her employees, to disastrous lip-syncing scandals, to alleged prescription Codeine addiction. Mariah’s die-hard fans have taken to the internet to harass her ex Nick Cannon, and made it very clear that they blame him for the singer’s downward spiral. The fact that he is flaunting his new girlfriend Nicole Murphy all over can’t be helping the situation any.

Have you been following Nick Cannon and Mariah Carey’s divorce? Do you think that Nick is responsible for Mariah’s disastrous concerts and emotional meltdowns? Is it inappropriate for him to be dating already – or should Mariah Carey suck it up and move on just like he did? Let us know what you think in the comments below!