Mariah Carey Never Ever Getting Back Together With Nick Cannon: Divorce Still On? 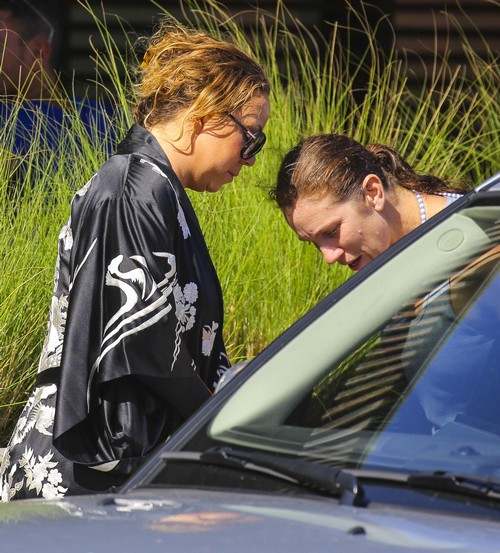 Mariah Carey is inspired by Taylor Swift song lyrics, a sentence that I never thought I would write. However, Mariah Carey has made it abundantly clear that she will NEVER EVER get back together with Nick Cannon, even though Nick admitted in a video [via TMZ] that he’s open to reconciling and getting back together with Mariah. But the question is does Mariah really want to get a divorce?

And why not, right? Nick Cannon might have put up with a lot when he was married to her, but his career took off and now he has a rumored book deal. To him, it’s a win win situation right now.. He’s getting a reprieve from the drama and the diva behavior, and he’s getting to go hook up with whoever he wants. In his mind, when/if Mariah changes her mind, he can go back to leveraging his role as Mr. Mariah Carey to once again boost his own career. Plus, he probably realizes that without Mariah Carey, his fame has vastly diminished – and no matter what these people say, they LOVE the fame and attention.

However, Mariah Carey is reportedly making it very clear that she never wants to get back together with Nick, despite the fact that she still has feelings for him. Will Mariah still demand a divorce? It’s obviously a very confusing time for her, and she’s also busy dealing with the departure of her longtime publicist. However, Nick has already ‘betrayed’ Mariah’s confidence by signing the book deal and by talking to the media about their divorce, two caveats that will have broken his Mariah Carey reunion chances a long time ago.

What do you guys think about Mariah Carey and Nick Cannon never getting back together, and how insistent Mariah seems about that? Do you think she’ll change her mind in the future? Let us know your thoughts in the comments below.