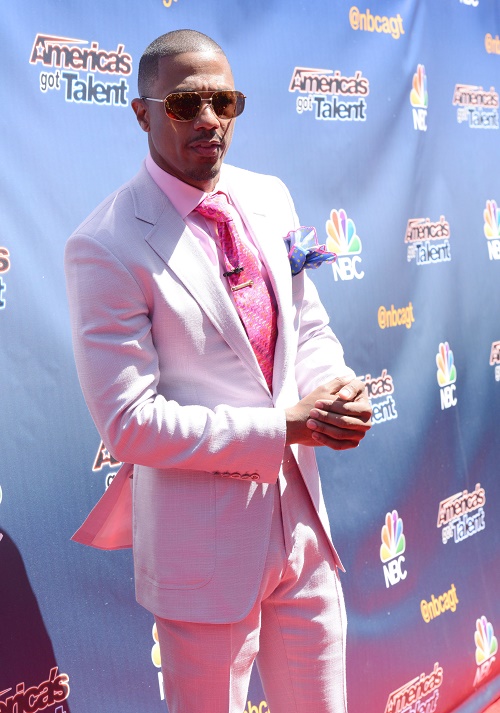 Are Nick Cannon and Mariah Carey getting back together? In 2014, Nick Cannon and Mariah Carey confirmed that they had broken-up and would be filing for a divorce, and Nick wasted no time moving on with multiple women and was linked to girls like Amber Rose and Nicole Murphy. Meanwhile, Mariah didn’t take the break-up and divorce as well as her soon to be ex-husband, and the singer began reportedly binge-eating, was rumored to be abusing codeine, and falling apart on stage of some of her performances.

Considering the fact that Nick Cannon was aspiring to be the next Hugh Hefner, Mariah Carey was an over all hot mess, and the couple was fighting tooth and nail over custody of their children and dividing up their assets. We would have laughed in your face if you said that Nick Cannon and Mariah Carey would be getting back together. But, according to Nick Cannon, there actually is a chance that he and his wife are getting back together. What?!

TMZ caught up with Nick Cannon on April 13 as he was leaving Brentwood. The reporter asked Nick if there was any chance he would reconcile with Mariah Carey – as he was climbing into his black SUV. Nick laughed and responded, “Yeah there’s a chance, never say never.” Recently, Nick and Mariah were spotted out and about with their twins Monroe and Moroccan – and appeared to be putting on a friendly front for their kids. But it sounds like they have been getting along much better than any of us expected during their family outings.

Mariah and Nick Cannon’s marriage is rumored to have ended because the America’s Got Talent host was cheating on his wife – did Mariah finally forgive him? Do you think Nick was just being polite when he was asked about Mariah, or is there a good chance they could reconcile? Let us know what you think in the comments below!