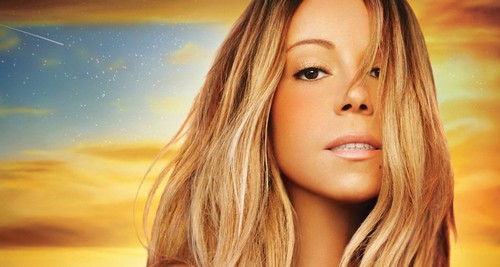 When news broke late last year that Nick Cannon and Mariah Carey were getting a divorce – we all knew that it was only a matter of time before it got ugly. In December 2014 Nick Cannon tried to quietly file for divorce from the diva, and according to new reports the former couple is already feuding over how will they will divide up their money, custody of their children, and even their dogs.

The March 30th edition of GLOBE Magazine reveals that Nick and Mariah’s divorce has taken a turn for the worse – and the claws have come out. According to GLOBE, “Mariah Carey and Nick Cannon are fighting over the sale of their marital home. The America’s Got Talent host is not happy that diva Mariah sold their Bel Air Mansion for $9 Million. The pair, who split last year, bought the house for $7 Million in 2009. Now Nick is insisting that money from the sale be frozen until they can determine how to divide it up fairly. Things are getting nasty.”

We’re going to go out on a limb here and assume that Mariah Carey is not happy that her ex-husband is having her $9 Million tied up in court and forcing her to split the $2 Million profit off the real estate deal. Considering Mariah’s recent concert flops, her alleged boozing expenses, and her former employees suing her left and right – she probably had plans for that cash.

It’s customary in any marriage that ends in divorce for the wife and hubby to divvy up the properties and money in court during divorce proceedings, so it seems strange that Mariah thought she could just start selling off properties that she and Nick owned together and do what she wanted with the proceeds. Either Mariah Carey was trying to do something slick, or she and Nick are so rich that she thought he could care less about a measly $9 Million real estate sale.

One thing is for sure, Nick and Mariah’s divorce is sure to get even worse before it gets better. Do you think that Nick is being petty over the real estate sale? Or was Mariah in the wrong to sell the property without his consent and do what she wanted with the money? Let us know what you think in the comments below!