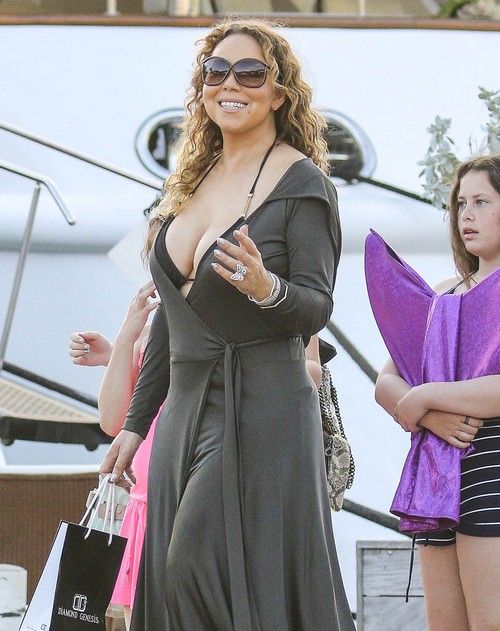 Mariah Carey has been doing everything in her power to make Nick Cannon jealous including a rumored role on ‘Empire’ Season 2 and generally being more of a diva than usual. Plus, a new report from Naughty Gossip claims that Mariah is now trying to land a role on Empire, the hit new TV show on Fox.

Granted, the showrunner is Lee Daniels and he’s a power player, both in the world of TV and film. Plus, the show has been a massive ratings hit for Fox, and it already has its share of high-profile movie stars in major roles. Plus, an alleged leaked list of guest stars reportedly shows Lenny Kravitz, Mariah Carey, Snoop Dogg, Raven Symone, Patti LaBelle, Courtney Love, and Foxy Brown and Denzel Washington all vying for stints.

In fact, Naughty Gossip’s sources add, “Denzel hasn’t done television in 30 years. But he saw the pilot and said, ‘I’ve got to be a part of this.” And of course, Mariah Carey doesn’t want to be excluded, does she? Never mind the fact that she barely has any acting experience and that the majority of her ‘acting’ has been widely panned by critics everywhere. If Mariah Carey wants to be a TV star, Mariah Carey will become a TV star – even if it’s only through a guest spot on a very popular network TV show.

What do you guys think? Is Mariah Carey trying to land a role on Empire to make Nick Cannon jealous? Or is she trying to prove that she has just as much pull as him in the TV world, considering his ties to Nickelodeon and his work as a TV producer? It’s possible that she’s even trying to segue into TV producing as a way to one-up Nick, but would Mariah really be that petty? Actually, I forgot who I was talking about for a second – of course she would be that petty. Let us know your thoughts in the comments below.