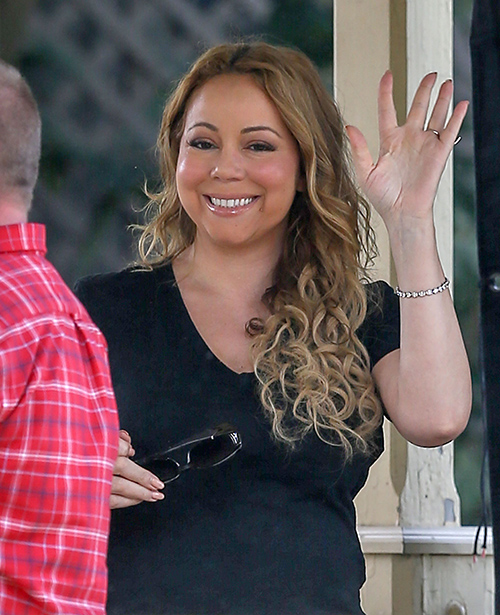 Mariah Carey’s dramatic weight loss has everyone buzzing. The singer appears to have shed over 40 pounds in just a few short months, making the big reveal when she stepped out on December 1st for a Pier 1 Imports event. Attendees did a double take at her new body. Since Mariah Carey’s divorce from Nick Cannon, she has received a lot of criticism over her weight gain – but she seems to finally have her health back in check. Or did she get a gastric bypass surgery like her boyfriend James Packer?

According to Life & Style Magazine’s inside sources, “Mariah has lost the weight in her hips, thighs, and stomach. For the last few months she has been eating lots of small portions and working out and doing Yoga and Pilates every day.” A nutritionist weighed in on Mariah’s weight loss and told Life & Style Magazine that it looks like Carey has dropped from her 180 pound high down to around 145 pounds.

An insider close to Carey dished, “James is on a strict diet plan and he has lost a lot of weight recently. Mariah took his plan and adapted it to her life.” That might not be all that Mariah took a cue from James Packer on though. It’s no secret that Mariah Carey’s boyfriend had gastric bypass surgery and used to be MUCH larger.

Over the summer, rumors were floating around that Mariah planned on getting the surgery as well because it had done miracles for James. The fact that Mariah has lost that much weight that quickly after years of struggling with her diet could be a good indicator that she took the plunge and went under the knife as well.

What do you guys think? Did Mariah Carey lose all that weight naturally? Or did she get some assistance from a gastric bypass procedure? Let us know what you think in the comments below!