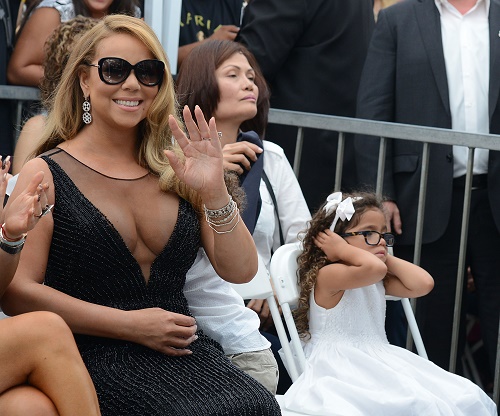 Mariah Carey was never a petite woman, but she has been reportedly packing on the pounds since she began dating her new billionaire boyfriend James Packer. Mariah and James have been indulging in expensive meals and top-shelf drinks for weeks now – and the “love pounds” are starting to catch up to the mother of two. According to a new report, Mariah Carey has decided to undergo gastric bypass surgery, and her boyfriend James Packer has even volunteered to foot the bill. How romantic!

According to this week’s edition of Star Magazine, Mariah’s boyfriend James actually underwent the weight-loss surgery a few years ago – and he swears by its success rate. The wealthy billionaire actually is the person who convinced Mariah to undergo the surgery, and has even offered to pay for it and help nurse her back to health afterwards.

An insider dished to Star Magazine, “Despite what she has been trying to portray with Spanx and Photoshop, the singer’s size has been steadily increasing over the years – and it was her billionaire boyfriend who put the idea in her ear since he himself lost more than 75 pounds from the procedure in 2011. James said that the surgery hasn’t been a cure-all, but it has definitely helped keep his weight from spiraling out of control.”

Who doesn’t want to lose weight? But we’re not sure how we feel about Mariah’s boyfriend encouraging her to get the drastic surgery. Seriously, what woman wants her boyfriend to tell her that she needs weight loss surgery? Frankly, we’re surprised Mariah Carey didn’t have a meltdown when James even mentioned the idea. Besides, those surgeries are intended for seriously obese individuals who need to lose weight fast to save their lives. Not for middle-aged singers who don’t want to start working out.

What do you guys think about this Mariah Carey weight loss news? Share your thoughts and theories in the comment section below!