Mary Kate and Ashley Olsen Said They Know Nothing of ‘Fuller House’ – Seriously Not Returning? 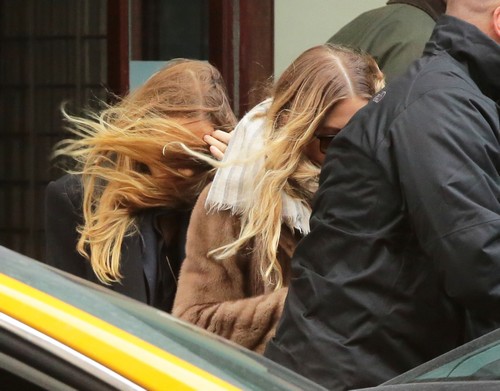 Now that the Full House reboot, Fuller House, is official, the burning question is will Mary-Kate and Ashley Olsen return to reprise their role as Michelle Tanner. We reported that most of the cast was in talks to make an appearance in the new Netflix series that will air in 2016, but now Mary-Kate and Ashley are speaking up about the show.

The sisters tell Women’s Wear Daily, “We just found out about it today. I guess we’re going to talk to the creators and see what’s happening. I ran into Bob the other day and we didn’t even talk about it. I’m going to call him and get his perspective.”

Wait, you have to be kidding us? There was a Full House reboot in the making and no one told Mary-Kate and Ashley Olsen…something is not adding up. Maybe the sisters want more money than the show can offer them.

Candace Cameron Bure (D.J. Tanner), Jodie Sweetin (Stephanie Tanner) and Andrea Barber (Kimmy Gibbler), have all signed on for the reboot as the main characters of the series, which will follow D.J. Tanner who is newly widowed, with two boys that are 12 and seven years old.

Candace recently spoke on the Olsen twins returning to Us Weekly at the Dancing With The Stars 10th anniversary bash on Tuesday, April 22. She said, “I don’t know about the twins, but it would be great if one of them came back. I’m not holding my breath. I’m not sure if they’re going to do it, but we really only need one.”

Candace goes onto tell Us Weekly more about D.J. Tanner. “She’s pregnant with her third and her husband passed away, just like the original show – the mom passed away. So she needs help so she asks her sister and her best friend, Kimmy and Stephanie, to come help her raise her boys. This is something we’ve all been working on for quite a while. I know the fans really want it. So we’re excited to give them a great new show.”

Everything sounds great for the spin off, but we are not buying that they have been “working for quite a while,” and no one thought about mentioning it to Mary-Kate and Ashley Olsen? It seems like we will find out what’s really going on behind the scenes in the coming weeks. Until then, are you excited for Fuller House, and would you watch it even if Mary-Kate and Ashley Olsen did not return to the series?