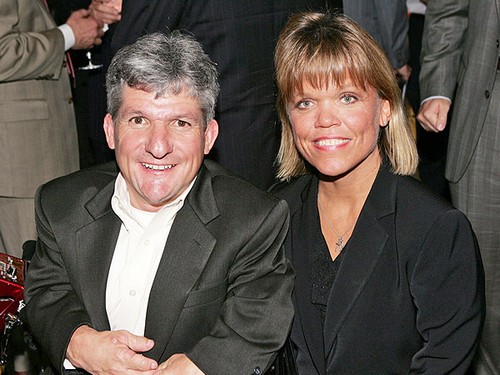 Matt and Amy Roloff, stars of TLC’s, The Little People and Big World, have officially announced that they will be getting a divorce after 27 years of marriage. The two made an official announcement to Us Weekly on Friday, June 5.

It reads, “After 27 years of marriage, it is with great sadness that we have come to the difficult decision to file for divorce. We are proud of what we have accomplished together, including raising four wonderful children who have grown to become remarkable adults and building our strong and ongoing successful business.”

Back in March 2014 the couple revealed that they were going to go through a trial separation and living apart, still coparenting their four children, and working together on their family farm in Helvetia, Oregon. Apparently, the trial separation was exactly what the family needed because it will now be turning permanent.

On the TLC show Mat said, “Last year, it was long and tough. Amy and I had a lot of tensions, so right around Thanksgiving, I thought I would move over to the guest house for a little bit. Amy and I stuck it out for years when maybe we shouldn’t have. I never quite felt at home in my own home, so something needed to change.”

Amy, who seems to be saddened by the situation, said, “It’s not my choice for him to leave. I am saddened by it. It’s been 26 years. We don’t have a plan for how we’re going to work this out, so it’s not going to be easy.”

Amy and Matt were seen together at their son Jeremy’s wedding in September, but that seems to be the last time that the two would be able to be together. Their problems have just grown beyond their control and they have made this decision to better their entire family.

The statement ends with, “Our kids and our ever growing family, and the love and support we have for them, will be our priority. We will continue to work together side by side in the daily responsibilities for our many current ventures. We would like to thank our family, friends, and all our fans for their continued support and understanding during this difficult time.”

What do you think the real reason behind Matt and Amy’s divorce may be? Let us know in the comments below.