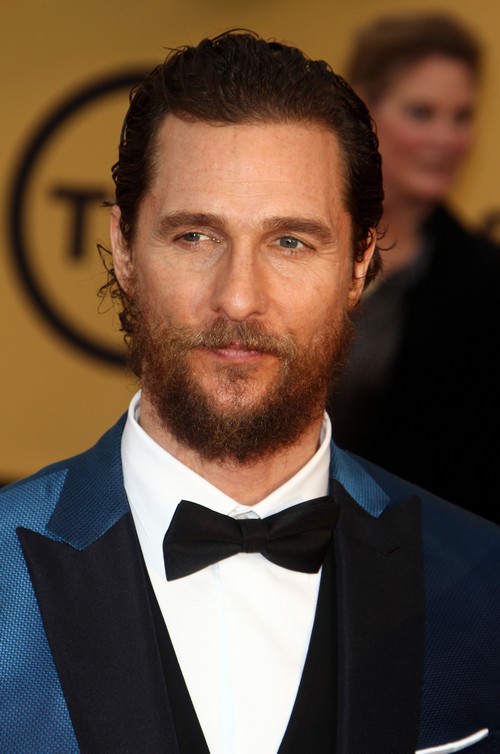 My oh my, how Hollywood celebrities manage to desperately try to whitewash their images when they need to. Matthew McConaughey has a reputation for being super chill and laid back, but this latest report is going to tear that reputation to bits. According a new report from TMZ, Matthew McConaughey lets people onto his ranch to hunt caged-in animals – for sport.

Matthew and his brother Mike reportedly own a ranch in Texas, and while the ranch’s main business is breeding and selling cows and horses, they also offer whitetail deer hunting. That’s right – deer hunting. To add to the joy of the situation the deer are more or less trapped, so it’s an even more depraved form of entertainment than just plain hunting. Yes, shooting fish in a barrel. If this is sport then where is bullfighting?

Animal rights groups are furious with this news and have jumped on the fact that most of these deer are reportedly easy prey for any hunter since they just hang around the feeding area.

Of course, Matthew’s reps were quick to try to damage control and have claimed that Matthew hasn’t owned the ranch since 2011 – despite still being listed as co-owner and being clearly aware of what goes on there, technically an owner or not. But Matthew’s nephew, Madison, went on TMZ Live to add, “My Uncle Matthew, the hunting part is part of the ranch, but he is more with the cattle. That’s where his passion is.”

Sure, buddy. Sure. I mean, what is his family going to say? Obviously, his reps and everyone close to him are going to try to help him in this situation, and they’ll have no problem smudging the truth and lying to cover up the reality of what’s going on. I find it hard to believe that Matthew McConaughey would be listed as a co-owner of a ranch – even if he hasn’t been there in a couple of years – if he didn’t have anything to do with the way it was being run. I could be wrong, but I’m sure we’ll find out regardless. Does this story remind anyone of Henry Cavill and his PR breakup with Marisa Gonzalo