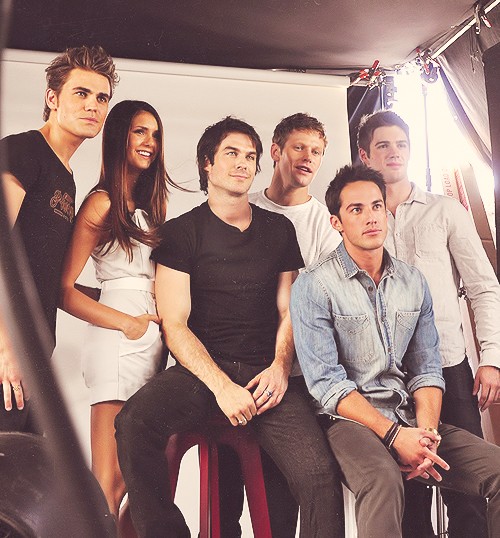 The Vampire Diaries is going to be cancelled, everyone knows it including the cast, and they are all abandoning ship. Fresh off from the shocking news that Nina Dobrev has quit the CW show and Season 6 will be her final season, showrunner Julie Plec has now confirmed that Michael Trevino is quitting The Vampire Diaries as well and his character Tyler Lockwood will be exiting the TV show. Tyler has been a key player since day one, and his exit will leave another major hole in the cast.

Regarding Michael Trevino quitting the show Julie Plec stated: “Even though he’s also going to be out in the world exploring new opportunities, we look forward to finding creative ways to make sure he and his character Tyler Lockwood always remain a part of the show.”

In Plec’s interview with TV Line she was optimistic that the show would go on without Trevino and Nina Dobrev and stated that they would continue to Salvatore Brother’s journey. Considering the dismal ratings, and the fact that Nina and Michael and who knows how many other cast members will follow them are walking – the odds of The Vampire Diaries seeing another season at this point are slim to none. Within a few weeks The CW will most likely announce that they have opted to just put the show out of its misery and cancel The Vampire Diaries all together.

Do you think that The Vampire Diaries will be cancelled? Did Michael Trevino find another job because he knew the show was going up in flames? Can TVD really survive without Nina Dobrev? Let us know what you think in the comments below!