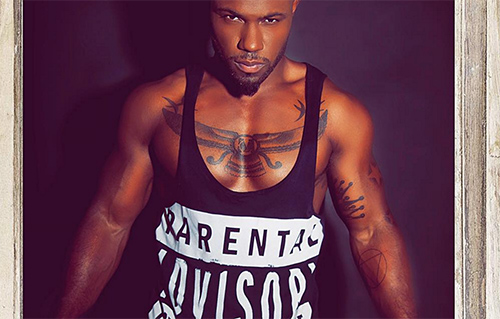 The breakup of “Love & Hip Hop: Hollywood” stars Miles Brock and Milan Christopher just got a whole lot nastier. On Friday night, things reached a boiling point when Milan Christopher fingered Miles Brock as the man who punched him at a party earlier in the night. Miles is really mad now and says he didn’t hit anyone. Instead, Brock claims that Milan is just mad about the break up and looking to get some revenge.

Milan went to the cops and complained about the assault. The “Love & Hip Hop Hollywood” star even filed a police report. It took Milan Christopher a full day to find his former flame hanging out in Times Square in NYC. So once Milan had Miles in his sights again, he summoned a police officer to arrest Miles Brock.

Milan Christopher has since posted about his stressful weekend in New York City. Miles and Milan were reportedly on hand in the city while taping the reunion show for the second season of “Love & Hip Hop; Hollywood.” This isn’t the first time that some major drama has gone down at an NYC reunion show taping. Last seasons Yung Berg was fired for the VH1 reality series after allegedly beating up his girlfriend Masika Tucker following the taping of the show.

In this case though, Miles Brock says he was completely set up. Miles claims that Milan made the whole incident up and that he is not guilty of hitting anyone. As a matter of fact, Brock took to Instagram today to let everyone know, saying, “Woke up this morning to more gossip, slander and lies. It’s sad that there are people out there so evil and desperate for attention. I’ve never put my hands on anyone…unfortunately we live in a generation where people can accuse you of anything and everyone will believe it.”

Of course Milan Christopher also talked about his very rough weekend on Instagram and then he made sure to link the post over to Twitter too so that it doesn’t get missed. Milan’s message was lengthy but the most important part of it said, “So my trip to NYC for the #lhhhreunion was very painful. Right now I’m setting aside one of the most dramatic situations I have ever experienced in my life for the sake of my community, my heart & my sanity. If you guys only knew the pain I have faced in the last 72 hrs and the information I have been bombarded with in the last two weeks, I think you would understand what I am going through and even more the emotional rollercoaster that has came to you front and center in the last week or so.”

Miles and Milan have been sparring on social media for a few weeks now since their ugly breakup. The whole thing went down after Milan started suspecting that Miles was cheating on him with Brock’s ex-girlfriend Amber. After doing some digging, Milan concluded that their whole relationship was a lie and that Miles Brock was cheating the whole time.

Milan Christopher has been very salty about the alleged cheating and the resulting break up. The aspiring rapper and model took to social media after his split with Miles and posted tweet after tweet about his explosive breakup with Miles Brock. Milan claimed his former lover was cheating on him the whole time that they were together. Much like the lengthy message about the recent NYC incident, it’s all a bunch of boo hooing about getting his heart broken with not a whole lot of substance. Maybe Miles Brock was smart to get away from Milan Christopher because right now he’s looking a little bit crazy.