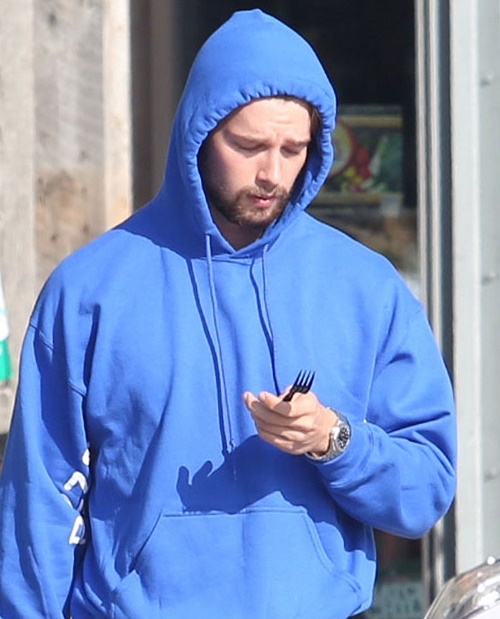 Miley Cyrus and Patrick Schwarzenegger have split and are taking a break from each other – not surprising since neither one can stop cheating! Miley Cyrus and Patrick Schwarzenegger are done and dusted. The two fish moths ate their way out of a tumultuous five-month relationship. Patrick (I refuse to repeat his last name) allegedly cheated on Cyrus at a Spring Break party in Cabo, because, you know, rich Kennedy kids. They stuck a Band-Aid on the rotting rift and smiled at the flashing lights of the paparazzi. But behind the scenes, in the dark, shallow corners of their separate rooms, Miley Cyrus and Patrick wept on walls and pillows and dusty windowsills.

The horrendously hot Patrick Schwarzenegger is a Kennedy-esque playboy by nature, and Miley Cyrus, well, Cyrus has a history of dating and breaking men. This grotesque coupling was destined for failure from the get-go. Reps weren’t immediately available for comment (they never are), so the usual suspects – insiders and anonymous sources – jumped at the open-door opportunity to spill the relationship-beans. “Were they ever in love? Most probably. Are they destined to be together? Not a chance,” explained an exclusive source. “Patrick came from a privileged background. He is old-money. Miley had to work for her fortune, plus she’s a bit too ‘nouveau riche’ for Patrick’s taste.”

With Cyrus being in the recording studio all the time and Patrick partying it up in California, it’s no wonder the couple decided to call it quits. The split was apparently amiable, but that’s what celebrities always say. “He’s my new BFF. He gets me.” In other words: “I hate him. I hope he gets stabbed in the head by a Scientologist from Planet F*ck You!”