Miley Cyrus Pregnant With Patrick Schwarzenegger’s Baby: Forgives Boyfriend For Cheating On Her, Won’t Be A Single Parent 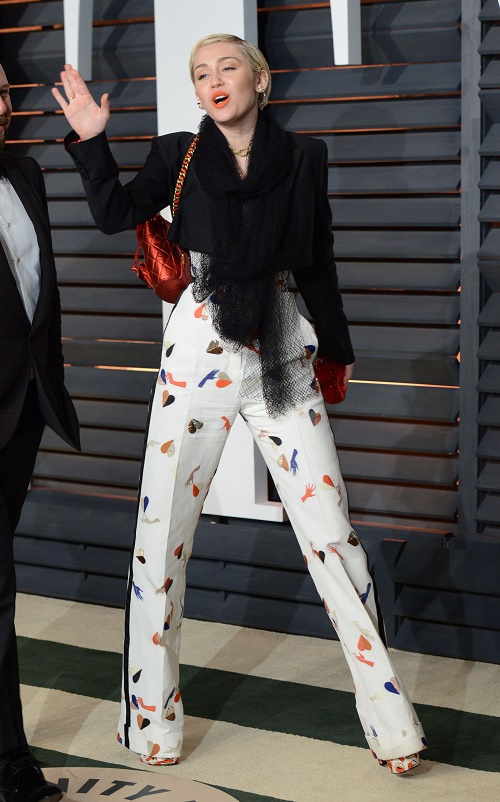 Is Miley Cyrus pregnant? Miley Cyrus and her boyfriend Patrick Schwarzenegger just got back together, even though he was caught red-handed cheating on the pop singer – and rumor has it Miley forgave him because she is pregnant! Photos surfaced of Patrick in Cabo on Spring Break with another girl – and they appeared to be much more than friends, were snapped cuddling and hugging, and couldn’t keep their hands off from each other. Patrick quickly took to Twitter and tried to diffuse the situation and claimed the girl in the pictures was “just his best friend’s girlfriend.” We saw the pictures, and if that was his best friend’s girl…then Patrick has some explaining to do to not just Miley, but his best friend too.

Despite Patrick publicly denying he was cheating on Miley Cyrus, and trying to remedy the situation, news hit the internet that he and Miley were officially over. Cyrus avoided questions about her break-up and filled the week with work in Las Vegas and an appearance at South By Southwest. However, on March 23rd Miley and Patrick shocked us all by heading out on a date night together at a sushi restaurant in Studio City. According to eyewitnesses, Patrick and Miley were “definitely together and were out to eat as a couple.”

So, why the sudden change of heart? Miley broke up with Patrick as soon as she learned about his extracurricular activities in Cabo, why would she take him back a week later? Well, rumor has it that Miley Cyrus is pregnant with Patrick Schwarzenegger’s baby – so the 22 year old decided to overlook the fact that he was caught up in a cheating scandal on spring break, because she was scared to death of becoming a single mother and having to raise a baby on her own.

Do you think Miley Cyrus is really pregnant? Why else would she take back Patrick after he was caught with another girl? Can you imagine Miley and Patrick being parents together? Let us know what you think in the comments below!