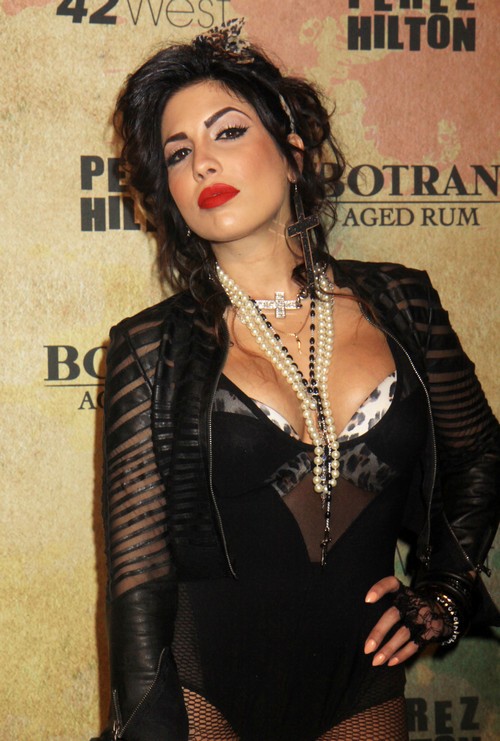 Season 5 of Mob Wives just came to a close on VH1 with a shocking reunion show, packed full of drama and physical attacks. And, Natalie Guercio has had enough of the drama and brawls, the Mob Wives star dished in a recent interview that she wants to quit the show and Season 5 might have been her last. Natalie Guercio definitely isn’t our favorite Mob Wife, but we do agree with her on one thing – Season 5 was the “bash Natalie season” and frankly even we are sick of it. They need some new material.

After the Season 5 reunion show came to a close Natalie sat down with Radar Online for an exclusive interview and revealed that she has had enough of the Mob Wives drama – and she is seriously considering quitting. She even went as far as to say her nemesis’s Karen Gravano and Natalie D. “condone violence.” Natalie explained to Radar, “Do I want to be on a show that condones domestic violence or be around people who condone domestic violence and talk bad about our law enforcement? I also have to consider if I’m going to keep being the target to these women. I am not having a repeat of what I had the past two seasons. I am 32 years old. I am so much younger than all these women, yet they act younger than me. I’ve never in my life witnessed this type of behavior with anyone.”

Natalie Guercio does have a point, the last two seasons of Mob Wives have revolved around the other women’s beef with her. The entire premise of Season 4 followed the feud between Natalie and Renee Graziano. Then the producers brought back Karen Gravano so that she could fight with Natalie during Season 5. We’re not saying that Natalie doesn’t always deserve the backlash she receives – but can’t they find a new scapegoat to harass for Season 6? Do you agree with Natalie’s statements about Mob Wives and the cast members condoning violence and slamming the police? Would you miss Natalie if she were gone? Are you as sick of the “I Hate Natalie” show as we are? Let us know what you think in the comments below!