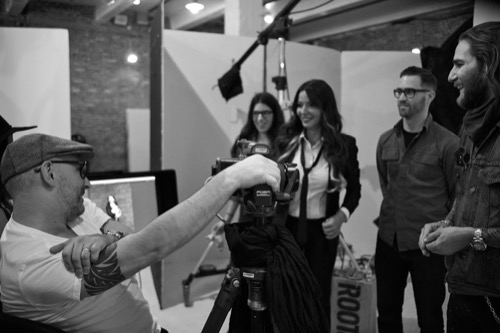 Tonight on VH1 their docu-soap series Mob Wives continues with an all new Wednesday February 25, season 5 episode 10 called “Baptisms and Betrayals,” and we have your weekly recap below. On tonight’s episode, Renee Graziano hopes to take her recent peace to new heights.

On the last episode, Renee reconnects with a friend from her past. Meanwhile, Natalie and London headed to couples therapy, and Nat D fumed when one of the ladies was a no-show at her charity event. Did you watch the last episode? If you missed it, we have a full and detailed recap right here for you.

On tonight’s episode as per the VH1 synopsis, “Renee hopes to take her recent peace to new heights. Meanwhile, Karen receives a letter from her father, and Drita remains loyal to Natalie, but she hits the breaking point after a meeting with Nat D.”

Tonight’s episode is going to be another drama packed one, which you won’t want to miss. So be sure to tune in for our live coverage of VH1′s Mob Wives season 5 episode 11 at 10PM EST! While you wait for our recap, hit the comments and let us know how excited you are about the new episode of Mob Wives tonight.

Natalie DiDonato’s party was all anyone could talk about in the days afterwards. And it seems like there might even be a new feud because of it. After the party, Ang went to lunch with Drita and Natalie G. and she told them about everything that had happened since they last saw each other. And not all of it was good. From snarky comments about Natalie G. to all of the sudden the other girls were ganging up on Drita – the Christmas event Nat D hosted for charity was actually described as a nightmare.

So now Drita wants to know how she got into this.

The last she spoke to anyone – it was all good. And according to her, all she did that could have possibly have been wrong was missing one party. They live on Staten Island after all and missing party is kind of front page with this group of ladies. And yet Drita finds this whole situation annoying. If Nat D had a problem with her then she felt like the other woman should at least have approached her before she ran her mouth.

Because not only Nat D expressed her feelings about Drita missing her party but she also publicly called Drita a flip-flopper. And something like that has already put Drita on the defensive. The two women could have talked things through before and now while they may have agreed to talk to each other – all that can be established from it is peace and not friendship. Like the one Renee has with Natalie G.

Renee finally reached a point in her life where she doesn’t want to keep getting into fights with the other women. So she’s put all of that to the side and is going to mostly focus on herself. Renee has told her friends that she wants to get baptized. She says she wants to do this in order to reestablish her relationship with God and to just kind of start over.

But anyone can really put all the drama to side?

After her lunch with her friends, Natalie went back to Philly to go see an old friend of hers. It seems like she needed to touch base with someone that knew prior to New York and this friend was kind enough to help her.

Of course the other Natalie eventually came up in their conversation and the women then sought a way to get Natalie out of this mess. So, in the end, Natalie was told that maybe she simply fight Nat D. Apparently, that’s the only way she’ll probably ever get the other woman to stop talking about her.

Thus, both her and Drita were on the same wavelength – they were formulating the same idea about how to handle Nat D. And although Natalie could have been blowing smoke – Drita means it when she says she’s prepared to fight someone. And if Nat D didn’t stop trashing her friend without proof – Drita knew what she was going to do. But, admittedly she wasn’t happy about it.

You see Drita and Nat D liked each in the beginning. However, a rift was caused when Natalie G. was taken at her word while Nat D’s comments were dismissed. And Drita isn’t the only one of guilty of being too trusting.

Ang said, that out of this new crop of girls, she hoped it was Nat D that got weeded out. And Drita had agreed with her at the time. But then a lot of things happened between her conversation with Ang and Renee’s baptism.

Drita wanted to have a sit-down before she went to the baptism because she felt like she needed to clear the air first. And yet she never once expected Nat D would show up with the evidence she had dared the other woman to bring. Subsequently, Drita ended up shocked and even angry when she listened to a recording of Natalie G.

On it, Natalie Guercio was proven to be not only a liar but she was also a rat!

So according to next week’s promo, Karen should definably end up happy. Her father has a chance of getting early release and now someone is going to be attacking Natalie G!