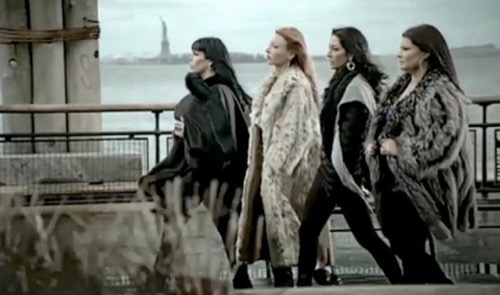 Tonight on VH1 their docu-soap series Mob Wives continues with an all new Wednesday February 18, season 5 episode 10 called “Deck the Brawls,” and we have your weekly recap below. On tonight’s episode Renee reconnects with a friend from her past.

On the last episode Drita got ready for a family vacation as she played mediator between enemies. Meanwhile, Karen faced issues involving her ex, and Ang planned a Thanksgiving dinner, hoping to bring Renee and Natalie together. Did you watch the last episode? If you missed it, we have a full and detailed recap right here for you.

On tonight’s episode as per the VH1 synopsis, “Renee reconnects with a friend from her past. Meanwhile, Natalie and London head to couples therapy, and Nat D fumes when one of the ladies is a no-show at her charity event.”

Tonight’s episode is going to be another drama packed one, which you won’t want to miss. So be sure to tune in for our live coverage of VH1′s Mob Wives season 5 episode 10 at 10PM EST! While you wait for our recap, hit the comments and let us know how excited you are about the new episode of Mob Wives tonight.

Drita and her family are back from their vacation to Disneyworld on tonight’s all new episode of “Mob Wives” and it seems like she’s in a good place. Her family is more “together” than they ever have been and her home life is finally settled because of it.

As many remember, Drita’s ex has a bit of a history with being in and out of the picture (primarily because of several jail stints). So the fact he’s with them now and trying to make it up to his girls has reassured her some. She feels like maybe she can get the family life she always wanted.

And as her home life has gotten better, Drita’s social life has also heated up. But in this case it might end up causing more harm than good!

Ever since last week’s episode, Drita and Natalie have worked out their issues and have even reestablished trust. So now their friendship is in a good place as well. However to some, like Natalie D., this is seen as a betrayal. Because just the other day Drita was actually threatening to break Natalie’s face in.

And so Natalie D. is calling out Drita for being a flip-flopper. According to her, the other Natalie shouldn’t be trusted and only a fool would even dare to believe anything that comes out of her mouth. So Natalie D. has told Renee that she’s going to address the situations with Drita and Natalie at her upcoming party.

Yet, Renee also wants to use Natalie D.’s party to address the problem between Drita and Carla.

Back at her Mob Candy party, Drita had completely snubbed her once very good friend Carla. And at the time everyone had thought that it was weird. Drita had never acted like that before so Renee had said she was going to help the two women get over it. And that’s what she’s hoping is going to happen at the party.

So this party seems like it’s going to be centered on cornering Drita. Meanwhile, public enemy number one Natalie has funnily enough decided to start some form of therapy. In this case though its only couples’ therapy.

Apparently, after Natalie and London had gone out to lunch with their mothers; she realized she might have some anger issues. And seeing as her own mother wouldn’t even defend her – Natalie agreed to couples’ therapy. If she and London are going to have a future together then they need to work out their kinks.

But, while they were in therapy, Natalie thought the real issue in their relationship was London. She said he was dismissive of her feelings. And he said he only got that way because of her tone. Once she gets to a place where she’s practically yelling at him – he no longer wants to listen to her anymore.

So, in the end, their therapist had to intervene before they could start a fight in her office and how she went about it – made Natalie feel like therapist had been taking London’s side.

As for this event Natalie D. was hosting, the unknown guest of honor ended up not coming. It looks like Drita had wisely decided to stay home because she knew she had issues with the hostess about the other Natalie and didn’t want to start trouble. So instead of Natalie D. and Carla ganging up on her – the party quickly descended into one long rant about the other Natalie and Drita.

Hence, Renee did the smartest thing she could have. She saw the way things were going and quickly excused her before she got roped in. Ang on the other hand stayed around to defend her friend.

Not that it matter, though, what with everyone talking over her. So Ang was never able to get Natalie D. to back down and left the party early when the other woman began to call her friend Drita a flip-flopper.