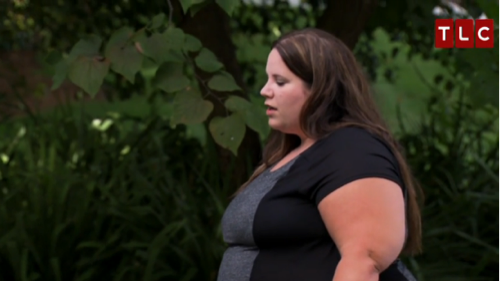 Tonight on TLC My Big Fat Fabulous Life continues with an all new Tuesday January 20, season 1 episode 2 called, “Hate Mail,” and we have your weekly recap below. On tonight’s episode at 380 lbs, Whitney is working hard to make her “Big Girl” dance classes a success.

On the last episode, after a health disorder caused her to gain more than 230 pounds, Whitney was forced to give up her one, true love: dancing. But after encouraging news from a doctor, she’s determined to show the world she can still move, even at 380 pounds. Did you watch the last episode? If you missed it, we have a full and detailed recap right here for you.

On tonight’s episode as per the TLC synopsis, “at 380 lbs. Whitney is working hard to make her “Big Girl” dance classes a success. But as things seem to be looking up, the hateful jeers of a complete stranger deliver her a crushing blow.”

Whitney Thore is making her grand return to dancing. The video that launched her career on the internet was one thing but now she’s signed on to teach a Big Girls Dance class on tonight’s all-new episode of “My Big Fat Fabulous Lie” and it’s probably going to be one of the toughest things she’ll ever have to do. You see Whitney for the most part gave up dance as she started gain weight but she’s always loved it. She just hated feeing self-conscious everytime she wants to hit the floor.

Hence this undertaking of hers is also demanding she be vulnerable in front of others. And not just internet trolls this time but instead actual live, she can see their reactions in person, people. Her “students” could either love her or hate her and that’s nerve racking alone though to add dancing in front of them means she’s going to have to focus on the dance and simply hope they’ll come back for a second class.

And so she was nervous but after her first class was done, she then had to deal with the rest of her life. Like the fact being big isn’t that easy. Whitney needed her mother help her shave her legs because she was unable to reach certain areas by herself. And later, to prove to her father she was a responsible adult, she had to go down a list of chores.

But during all of that, the internet trolls and actually cruel real life people struck again. One person shouted insults while she was trying to groom her dog. And people in the comments sections of her video have gone above and beyond to make fun of her.

They call her a cow, a whale, and one person used “it” to describe as if she was not a person at all. So rather than get depressed – Whitney surprisingly found the humor in all of it. She and her friends started making fun of the comments and they had a ripping ceremony where they ripped a copy of the comments and totally dismissed people that went out of their way to hurt her.

And as for her dance class, people did come back on the second day.

However, Whitney still had to deal with her dad and what she felt was his disappointment. Whitney was making a banana and mayo sandwich when her father asked her why she couldn’t eat something healthier. And, well, Whitney doesn’t want lose weight that much. Apparently, banana and mayo is a staple in the south and it’s just one thing Whitney is never going to give up.

But she should start thinking healthier about what she eats. Whitney has dietary restrictions because of her condition. And, later, when her mother went grocery shopping – Whitney wasn’t all that enthused about the food she was seeing. Nor was she happy about what her mother was picking up. For it seems her mom is obsessed with soup. There can never enough soup at the house.

Yet, as she was making fun of her mom, her pants ripped. It was a mortifying experience that wasn’t helped by her mother who referred to the rip as a crater. Moons have craters and that’s a thing someone who’s suffered an unfortunate accident doesn’t want to be ultimately compared to.

Whitney though ran into some other problems besides just ripping her pants. She got pulled into a fashion show against her will. And fashion shows just aren’t her thing. So she would have liked to have said no but her new life philosophy got in the way of that.

And after Whitney did accept the invitation, she did at least try to prepare for it. She tried to measure herself with help from a friend and yet she didn’t have enough measuring tape the first go around to get a correct measurement of her hips. The short tape wouldn’t go all the way around.

Though the incidents with the measuring tape and the pants ripping don’t compare to the “chubrub”. chubrub it seems is a nasty rash/sometimes blisters you can get when their thighs constantly rub together. And Whitney has a case of them.

So being big sure as hell isn’t easy and the people that criticize her for why she hasn’t lost weight yet need to know how much of an effort it is. Whitney isn’t big because she’s “lazy” or “mentally ill”. She’s just big and she learned to love herself as she is.

And later she killed it at the fashion show. They didn’t think she would fit into her clothes but she did and her parents were proud of her.