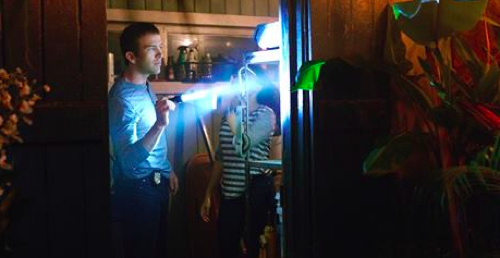 Tonight on CBS NCIS: New Orleans returns with an all new Tuesday  November 17, season 2 episode 9 called, “Darkest Hour,” and we have your weekly recap below. On tonight’s episode, the fiancé of Pride’s (Scott Bakula)  daughter’s friend goes missing during a blackout.

On the last episode Pride and Sonja were ambushed after traveling to Texas to escort a key witness for the trial of an infamous arms dealer who Pride apprehended. you watch the last episode? If you missed it, we have a full and detailed recap right here for you.

On tonight’s episode as per the CBS synopsis, “the fiancé of Pride’s daughter’s friend goes missing during a blackout; and the team locates the man’s dead body, which holds clues to the cause of the blackout.”

Tonight’s episode looks like it is going to be great and you won’t want to miss it, so be sure to tune in for our live coverage of CBS’s NCIS: New Orleans at 9:00 PM EST! While you wait for our recap hit the comments and let us know how excited you are about the season 2 episode 9.

There’s a cause for concern on tonight’s episode of “NCIS: New Orleans” when a Naval Petty Officer by the name of Nick Benton had been reported missing during one of the city’s worst blackouts.

Now the naval officer himself was known as good guy around town. He had a stellar reputation and he had also been engaged to Pride’s daughter’s best friend Frankie. Therefore Pride had already met Nick and furthermore has probably judged him as the closest thing to a father that Frankie has.

Yet Nick had left a message for Frankie right before the blackout that made it seem like he had something to hide. He told her he loved her and that all he had wanted to do was make a life for her. And surprisingly that sounded a lot like goodbye.

So Pride had his team analyze that message and Patton was able to pick up some distinguishable background noise. There was the sound of someone driving over a bridge and Percy could tell which bridge it was. However they didn’t find Nick waiting by the bridge perfectly ok – they found him murdered.

Nick had been repeatedly beaten over the head by a sharp metal object and there had also been evidence that someone had dragged him down by the water edge. Though that last part had been more Mikey the nearby homeless man than Nick’s killers. And Mickey had come across the crime scene after an alleged “monster” had attacked Nick. So as he explained he had to move Nick you know just in case the monster came back.

But, despite taking Nick’s shoes for himself, no one on the team believed for a minute that Mickey could have had something to do with what happened.

In fact they came to believe that Nick’s death was connected to the ongoing blackout. The team had traced down a lead, namely a guy named Declan, and it led them to an abandoned house that had been full of maps of circuit grids as well as the murder weapon. Which had been used in more than one crime.

After the team had found the house, Pride went down to the city circuit breakers and it looked that the murder weapon had been used to cut the locks that surrounded the building. So everything had been falling into place yet Pride still felt like something was off. And didn’t want to paint Nick as some kind of villain until he was absolutely sure.

Yet evidence pointed to Declan and Nick having caused the blackout and evidence pointed to the guys using the blackout as the means to rob the Fontaine Family’s warehouse without setting off any alarms. Only Declan was eventually found with a bullet in him and the “treasure” had been found nearby. A bunch of old antique furniture had been ditched one of the old abandoned piers.

And all of the furniture had been destroyed.

So the team questioned that. They wondered why the guys would go through the trouble of stealing of a bunch of furniture just to destroy it in the end. And while that had left them at a loss, Sebastian had found out that it wasn’t Declan that had killed Nick.

The fingerprints didn’t match and so there must have been a third man. Though none of the usual suspects were panning out. And none of the furniture had even been put up for sale. So Brody and Percy looked through all of the objects that had been damaged and they learned one of the antique desks had been installed with a secret compartment.

And what they found inside was a bunch of love letters. From Frankie’s mom to her dad who just happens to be the late Fontaine Patriarch. So there was only one person would want to destroy any evidence of their being another Fontaine heir – Frankie’s brother Toby.

Toby had known Declan from the club he used to promote and it seems he hired Declan to steal those things from him because Nick had once approached him asking if Frankie could possibly be sister. Poor Nick had just wanted to give Frankie a family again seeing as she had recently lost her mother. But Toby took Nick’s questions to mean that Frankie would come after his money.

So he tried to destroy all evidence of his father’s affair and then killed the only two people that either knew about it or would have suspected him first. And then he was going to kill his sister on top of it but Pride and his team showed up in time to stop him.

And what that means is Nick hadn’t been criminal. He had just been trying to do a nice thing for his fiancée when he noticed that something was off with Toby.

But with Toby going away to prison, his mother felt Frankie was all she would ever have left in terms of family. So the two women met up and it looks like they are good footing with each other.