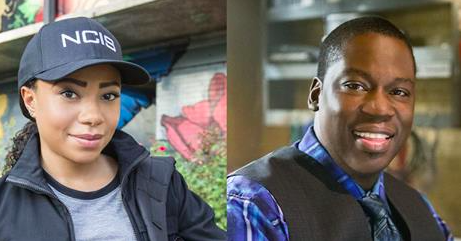 Tonight on CBS NCIS: New Orleans returns with an all new Tuesday September 29, season 2 episode 2 called, “Shadow Uni,” and we have your weekly recap below. On tonight’s episode, the team investigates the murder of a blogger known for exposing government corruption

On the last episode after a military convoy was bombed on a New Orleans bridge, Pride and the team plan a dangerous undercover operation to retrieve a stolen missile and prevent an attack on a U.S. Naval ship. Did you watch the last episode? If you missed it, we have a full and detailed recap right here for you.

On tonight’s episode as per the CBS synopsis, “after a military convoy is bombed on a New Orleans bridge, Pride and the team plan a dangerous undercover operation to retrieve a stolen missile and prevent an attack on a U.S. Naval ship.”

Tonight’s episode looks like it is going to be great and you won’t want to miss it, so be sure to tune in for our live coverage of CBS’s NCIS: New Orleans at 10:00 PM EST! While you wait for our recap hit the comments and let us know how excited you are about the season 2 episode 2.

A body was called in on tonight’s episode of “NCIS: NO”, but surprisingly the victim wasn’t actually a Navy man or for that matter connected to any other form of the military. The sad story behind Jonah Penn is that he was simply a civilian blogger from Pennsylvania.

However it should be noted that Jonah was not in any way harmless. Jonah it seems had created a career for himself by exposing corruption in the government. So he had a voice. And while his ideas he sprouted might have sometimes come off as being outlandish, particularly if it drew the interest of Sebastian, that doesn’t diminish the fact that Jonah did have a flare for getting to the bottom of things. Or that he had a loyal following.

And, recently, Jonah was working on a case involving some very revealing files from the Navy. Files the Navy wants back.

Thus there isn’t any mystery behind why Pride and his team were assigned this case but it doesn’t look like they’ll be making any friends because of it. If anything they might have stepped on a few toes when they started to look into some of what Jonah was working on.

Jonah was investigating a Navy SEALs mission or to use the other team for it then he was looking into a certain Shadow Unit. A while back a Navy Seal and CIA humanitarian mission had reported mass casualties in the area. And according to the people that Jonah was talking to, the casualties may not have been because of outside of influences. Sadly its looking like the SEALs were the ones doing all the shooting.

And though some would have liked to think that Jonah’s sources had gotten wrong, they were able to determine themselves that someone highly skilled was behind his death.

So the NCIS had to do what they dreaded the most. They had to look into their own and while they were doing so, another body showed up. That time it was Navy Petty Officer Wyatt Granier that had been found with his tongue cut out and laid in his hand. As if someone wanted to say he shouldn’t have been talking to the wrong people.

Only, at Garnier’s crime scene, there was hair found at the scene that identified their killer. His name is Chief Petty Officer Ryan Jansen and, like Garnier, he was also a SEAL.

But bringing Jansen was never going to be easy. Their suspect was skilled and oddly he had even left some breadcrumbs behind for LaSalle and Percy. So the two went in to apprehend him and rather than walking into a trap, there merely led around in a circle. Over and over again as if Jansen didn’t want to be caught but also didn’t want to hurt anyone.

So initially that left the agents hunting him confused. However new information was coming in and Dr. Wade had eventually found someone else’s DNA on their second victim. And if there was a second’s man DNA at the scene, and that time on the victim rather than just the trunk of his car, then it would explain why Jansen was giving everyone the runaround.

He could have simply been innocent man framed for the murder of a friend.

And while that idea was just taking root, Sebastian ended up finding something that corroborated what was only then a theory. It seems he found out that some of the photos they had found of SEALs killing people were in fact doctored photos. Earlier he had been looking into why anyone would send Brody images of herself placed into old photos of her dead sister. So his mind was still on that when he took a second look at Jonah’s evidence.

It had been tampered with and the original photos showed that there was no SEALs around when so many people had been butchered.

Although, when someone tried to hack the NCIS department, that did give them a clue about who they really should be a hunting – a CIA agent. Agent David Dalton had hacked their offices after they cracked Jonah’s code and was looking at the blogger’s real evidence. Because what Jonah found out is that not only did the Americans were not part of the massacre but he also found out they incidentally harbored the man behind all the killings.

See, the SEALs got their orders from Dalton and Dalton told them to protect someone. Yet neither Garnier nor Jansen knew they were taking a butcher onto American soil. So that’s when they began talking to Jonah.

Jansen later revealed, after he had been convinced that no one was going to hurt him, Dalton had lied to them. He pointed out a man that he said was in danger and the SEALs followed his orders without question. But they came to realize what they when they came home.

So that’s why they were ready to flip on Dalton. And with the team’s help, Jansen was still able to carry out that dream by providing evidence for Dalton’s arrest. He had thought the only way they could take him down was by exposing what he did to the media but Pride was prepared to back Jansen on this. And that along with the evidence meant no one needed to hide anymore.

As, it turns out, Dalton’s people refused to stand by him when the full force of the NCIS and SEALs were ready to convict him.

Though, with Dalton behind bars, who was the one that approached Sebastian online with an offer.