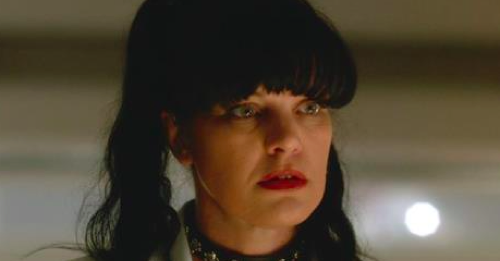 Tonight on CBS NCIS returns with an all new Tuesday September 22, season 13 premiere called, “Stop the Bleeding” and we have your weekly recap below. On tonight’s episode, season 13 begins with Gibbs (Mark Harmon) fighting for his life aboard a Navy hospital ship after being shot.

On the last episode, NCIS feverishly investigated a global terrorist group that was recruiting teens via the Internet following a deadly bombing overseas that resulted in an emotional and surprising loss for the team. Did you watch the last episode? If you missed it, we have a full and detailed recap right here for you.

On tonight’s episode as per the CBS synopsis, “season 13 begins with Gibbs fighting for his life aboard a Navy hospital ship after being shot. Meanwhile, DiNozzo and Joanna travel to Shanghai to try and take down the Calling.”

Tonight’s episode looks like it is going to be great and you won’t want to miss it, so be sure to tune in for our live coverage of CBS’s NCIS at 10:00 PM EST! While you wait for our recap hit the comments and let us know how excited you are for the season 13 premiere.

Luke Harris was the young man that Agent Gibbs had befriended last season. That kid had nearly set off a bomb for a secret terrorist cell merely on their say so yet Gibbs was the only one that was willing to overlook that in order to get Luke the help he actually needed. And at the time he was sure Luke would get the help he needed behind bars.

Not because he wasn’t dangerous but Gibbs felt that with a second chance Luke might just be able to turn his life around.

Gibbs had seen a kid that desired a way out and so he became the kid’s only friend. He took him in, he bonded with him, and he had even tried to protect Luke from retaliation from the Calling. But on last season’s finale it was the same the kid, the one that Gibbs had so valiantly fought for, that betrayed them all by returning to the Calling and following their orders. And when they commanded him to shoot Gibbs – he did.

Luke shot Gibbs twice. One in the leg and once in the chest. And it was that chest wound that had Gibbs lying between life and death. Which was a problem for his unit!

Gibbs had immediately been transferred to the USS Daniel Webster following the shooting and a Dr. Taft had taken over his care. So while Gibbs was fighting for his life and seeing far too much of the family that he had lost, the rest of unit was forced back out into the field. Director Vance had demanded that Agent DiNozzo and CIA Officer Joanna Teague (mother of the murdered NCIS Special Agent Ned Dorneget) return to Iraq. He said the Calling was still within their grasp and that Gibbs would want them to finally dismantle The Calling.

So those two weren’t around when Gibbs came to and, admittedly, they lucked out. Because although Gibbs returned to work, Director Vance decided to be cautious with his agent and he had him put on administrative leave. Meaning Gibbs was going to be bound to desk until Dr. Taft gave Vance the all-clear.

And there’s nothing worse than caged Gibbs.

He wanted to be back out there doing something and it was killing him that the Calling had managed to invade authorities in Iraq and was reportedly in Shanghai. So he tried to contact DiNozzo yet he was put off. DiNozzo told him “Rule 45”. It means to clean up your own mess. And DiNozzo was still blaming himself from getting distracted in Iraq and not coming to Gibbs’s aid fast enough.

But there was no way Gibbs was actually going to sit a fight out. And not long after the call with DiNozzo, he approached Matthew Rousseau. So far Matthew is the only member of the Calling still in custody and Gibbs wanted to know how much he knew about his leader’s end game.

Only Matthew didn’t want to be forthcoming. And that was even after he somehow got a pen stuck in his hand. So Gibbs might have gone too far but he was doing it for a good cause.

Though, no one knew the extent of how much they needed information until they all got called in by Director Vance. Vance had been notified by the US Secretary of Defense about a North Korean warship that just happened to be in nearby waters and apparently this concerns NCIS.

It seems someone has been using Dorneget’s laptop to send messages to North Koreans and it was up to Agent McGee to figure out what those message were. However, right before his country started World War 3, he realized something. He knew no one had been sending messages at all.

Instead a hacker had made it look like message were being sent meanwhile they were using Dorneget’s computer to infiltrate the US Defense System. And once they were in they then made it appear that a North Korean ship was on the verge of attacking. So McGee find did stop a war and more importantly it stopped Daniel Budd.

DiNozzo eventually caught up to Luke and the kid was so distraught about what he did to Gibbs – he told the agents everything. Including the fact that Daniel was never a real terrorist. The Calling had been a front for Daniel but the whole scheme to his bombings was simply to show off his skills in order to entice the Chinese into buying his services.

So the US didn’t fall for his North Korean trick and over in Shanghai Luke led DiNozzo to Daniel.

And though he could have chosen a different path, DiNozzo ended up shooting Daniel twice. Once in the leg and once in the chest.