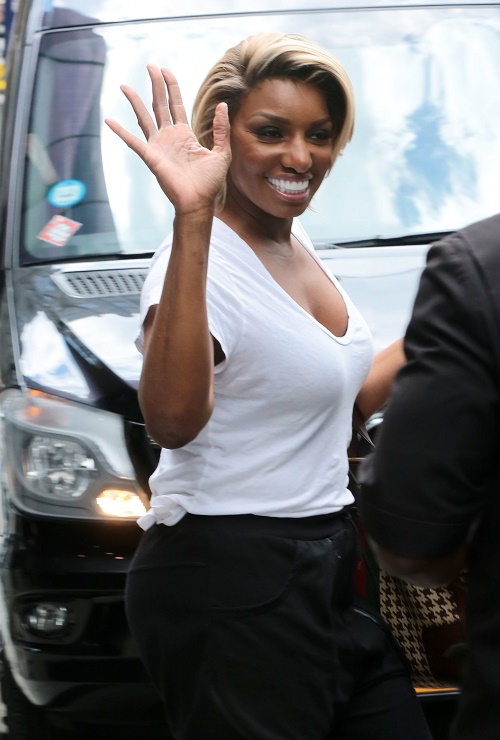 NeNe Leakes is not a real housewife anymore. The fiercer than fierce reality television star left The Real Housewives of Atlanta behind in Atlanta, where it will wither away like Donald Trump’s television career. Leakes allegedly fought with the producers about ‘financial reimbursement’. Or in layman’s terms, Leakes wanted money, money, money in a rich girl’s world, but the producers shut her down and called her bluff. The joke’s on them – Leakes upped and left like an emergency elevator-fart.

Most ex-reality television stars (Teresa Giudice excluded) manage to prolong their fifteen minutes of fame. Leakes is no exception. Her recurring guest role as coach Roz Washington on the now-defunct Glee made her famous beyond recognition. Instead of being ‘that woman from that reality show’, Leakes broke free from the shackles of reality television and made her name for herself in the entertainment industry. On Monday, Leakes unofficially announced her new gig as a panelist on a reboot of the hit game show ‘To Tell The Truth’.

Leakes told People magazine, “[It is] something different that you guys have never seen me do before. Fans will get to see me be really happy, witty and funny and tell all of those one-liners that I have said on [Housewives].”

“This won’t be her only new undertaking. Leakes recently joined Kim Kardashian’s mobile game app, announced a new Bravo show with Kim Zolciak-Biermann and says, ‘I have a new home now, and I love decorating, so I’ll be launching a home line soon. My hands are really full right now,” writes People magazine.

Since Georgia isn’t on her mind anymore, perhaps Leakes could give us a heads up next time she decides to eat a producer for breakfast. In the words of Roz Washington, “I’m gonna say one thing to you, and I’m only gonna say it once. If you pee in my pool, I will kill you.”

What do you think? Is the Real Housewives franchise falling apart? Why did Nene Leakes quit? Let us know your thoughts in the comments below.