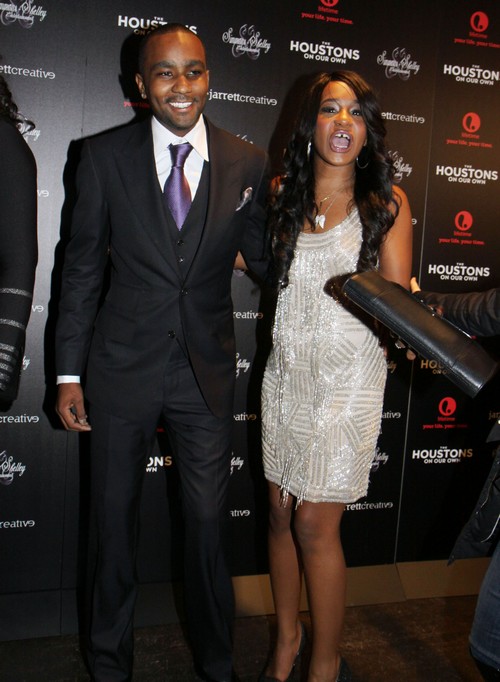 Apparently, Nick Gordon thinks a whole lot of himself. Bobbi Kristina Brown’s husband Nick believes his girlfriend, will come out of her coma if she hears the sound of his voice. Nick recently tweeted “Let me in the hospital to see my girl and let her hear my voice…SHE WILL WAKE UP!!!” Evidently, Nick wants everyone to believe he’s the only cure for Bobbi Kristina’s condition despite the fact that she’s been cared for in one of the country’s best neurological units.

Since Bobbi Kristina Brown, daughter of Bobby Brown and the late Whitney Houston, was found unresponsive in her bathtub, many of her family members have spent time with her at the hospital. However, Nick Gordon certainly hasn’t been a part of that crowd. In fact, the Brown family says Nick hasn’t even attempted to see Bobbi Kristina, though it’s clear he wouldn’t be allowed in if he did. Nick’s lawyer claims that he’s just trying to keep the peace since the Browns have banned Nick from being anywhere near Bobbi Kristina’s bedside.

Now that police have opened a criminal investigation and Nick’s the prime suspect, it seems he’s decided that it might be a good idea to keep up appearances. The suspicious injuries on Bobbi Kristina’s body, including a bruised chest and a bloodied mouth, obviously point the finger at Nick. From his recent tattoo of Bobbi Kristina’s name to his tweet that his presence will save her life, Nick appears to be doing a bit of slightly bizarre damage control.

Nick’s recent push to see Bobbi Kristina also likely has something to do with the $20 million inheritance left to her by Whitney Houston. Since Nick and Bobbi Kristina never legally married, he may be trying to secure a piece of the pie in the event she doesn’t make it. Doctors have reportedly told the Browns and Houstons that there’s not much hope for Bobbi Kristina, but Bobby Brown remains adamant about keeping her on life support.

What do you think about Nick Gordon’s claim that Bobbi Kristina Brown can be saved by the sound of his voice? Does he really care or is this just an attempt to gain favor in the public eye? Is he trying to cover up criminal actions or is Bobbi Kristina’s money on his mind? Let us know what you think in the comments below and don’t forget to check CDL often for the latest updates on Bobbi Kristina Brown’s condition.

“We are only concerned with individuals that can help Bobbi Kristina and bring resolution to this investigation. Obviously Mr. Gordon is not as desperate to visit Bobbi Kristina as he wants the world to believe.”