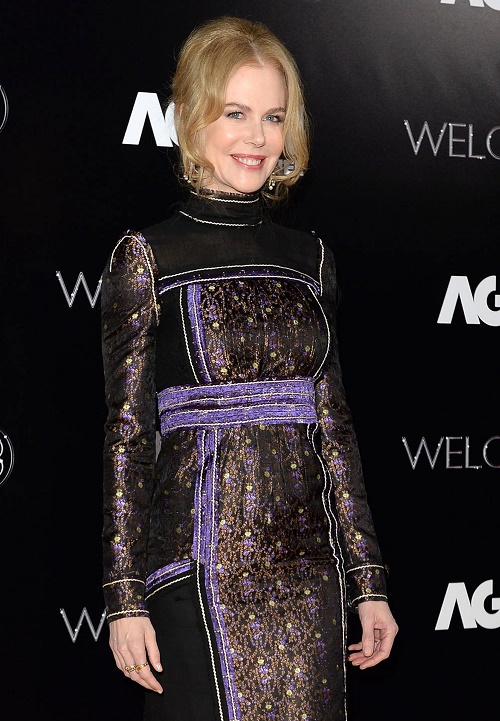 Nicole Kidman and Keith Urban are moving forward with their divorce, and living apart. The couple has been reportedly fighting for months, and it looks like they weren’t able to work through their lengthy list of issues. According to a new report, Nicole Kidman packed up her bags and kids – and she and Keith are in the midst of a trial separation.

It’s no secret that Nicole and Keith have been having serious problems with their marriage, but their hectic schedules have prevented them from spending any time together and working out their issues. Instead of taking some time off and reacquainting herself with her husband Keith – Nicole has opted to move to London and work on a play titled “Photograph 51.” According to a new report from Star Magazine, Keith and Nicole had both agreed to take some time off from work this fall – but Nicole has broken that agreement by taking on another project.

Nicole Kidman either could care less if Keith Urban divorces her – or thinks that her husband is all talk. An insider dished to Star Magazine, “Keith will be on tour for most of the summer, and when he finishes that in October, she will still be in London – totally immersed in her theater work. They were both supposed to take time off in the fall so that they could spend time together as a family. But instead Nicole decided to sign on for a hard-core and time-consuming job. It’s a bad sign.”

Just how close are Keith and Nicole to getting a divorce? Well, according to Star’s inside sources, very close, and Nicole taking on another job in London could be the final straw. The source dished, “They are at the end of their rope with all of the bickering and bitterness. Each of them feels like the other doesn’t understand, or isn’t willing to fight for their relationship anymore. And friends fear it is just a matter of time before they call it quits for good.”

At this stage in the game, Nicole Kidman and Keith Urban might as well just sign the divorce papers – because neither one of them seems to be willing to miss any work and focus on their troubled marriage. Do you think the couple will get it together, or is this the end of the road for them? Let us know what you think in the comments below!