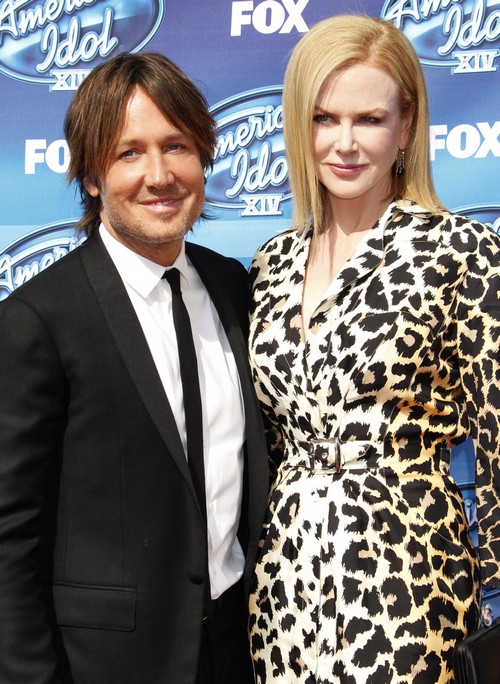 It’s no secret that Keith Urban and Nicole Kidman’s marriage is hanging on by a thread, the American Idol judge and actress have been rumored to be on the verge of a divorce for months now. However, their relationship took a turn for the worse when Keith reportedly caught his wife Nicole on the phone with pal Russell Crowe telling him all about the couple’s woes. Now that Russell Crowe is a single man – Keith is not happy about how close he is getting to Nicole.

According to the June 15 edition of National Enquirer, Keith Urban and Nicole Kidman had a huge fight when he overheard her complaining about their many marital problems to Crowe. An insider dished to the magazine, “Keith caught Nicole spilling to Russell on the phone and he is furious!” Russell has been a pal of the family since day one, but now he is single and Keith is uncomfortable with their close bond.”

Would Russell Crowe ever make a move on Keith’s wife Nicole? Well, it turns out Keith actually does have a reason to be concerned. Nicole Kidman actually caught Russell’s eye years ago and during an interview with Oprah Winfrey Russell actually confessed that he would have “killed to have a date with Nicole,” but at the time Nicole wasn’t single. Russell Crowe could just be a supportive friend, or he could see the writing on the wall and know that a divorce is right around the corner – so he is getting himself in to position to make a move in Nicole before anyone else gets a chance.

Regardless of Russell’s intentions, Keith Urban is actually just driving Nicole farther away from him by being insanely jealous or her relationship with Crowe. If he’s not careful he could wind up driving her right in to Russell’s arms. Do you think that Keith Urban is over-reacting? Did Nicole cross a line by sharing the details of their marriage problems and possible divorce with another man? Let us know what you think in the comments below!