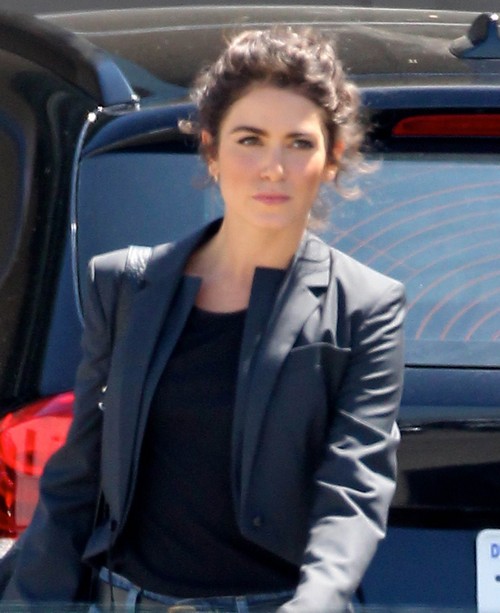 Keep your friends close and your enemies closer. That old adage may be behind the latest rumors that Nikki Reed wants to rekindle her friendship with Nina Dobrev. Now that Ian Somerhalder’s ex is dating Austin Stowell, perhaps Nikki feels Nina’s threat level has diminished and an opportunity has presented itself.

Nikki Reed, Ian Somerhalder, and Nina Dobrev have been the subject of a twisted love triangle and a favorite of tabloids for some time. The attention has been something that impacts their careers, but as another adage suggests, there is no such thing as bad press.

In late January, Hollywood Life reported that Nikki wanted a face-to-face dinner with Nina to attempt to fix their broken friendship. The media outlet’s source claimed, “Nikki has no bad blood for Nina. She would love if they could all be friends again. She and Nina used to be so close and Nikki has told lots of people that she would love to get back to that place with her.”

The dinner didn’t happen, maybe because Nina wasn’t open to repairing the friendship, or perhaps Nikki and Ian Somerhalder decided it was a bad idea. Now that Reed and Somerhalder are officially married and Nina has seemingly moved on with Austin Stowell, Nikki is allegedly interested in trying to reach out to Dobrev.

The Nina, Nikki, and Ian love triangle seemed over, dead and buried, but that means less attention for all three stars. Dobrev left The Vampire Diaries and has been rumored to be struggling with her career. Nikki is constantly said to be jealous over Nina taking the spotlight, and Ian isn’t shy in making a scene; recently unfollowing his ex on Twitter.

Could Nikki Reed’s attempt to rekindle a friendship with Nina Dobrev be a reach for press? Nikki would look like the bigger person; reaching out to a former friend despite the rumors of jealousy and feuding. Nina could reheat interest in her possibly failing career with some media attention, and Ian could enjoy the company of the two women and bask the spotlight with Nikki. Then, when they all need some press, Reed and Dobrev could have another falling out or even have an Ian Somerhalder and Nina Dobrev cheating scandal that puts them back in the front pages of magazines.

It seems unlikely that Nikki, who is always painted as a jealous woman in rumors, will want travel down the media path of the former love triangle angle again, but desperate times call for desperate measures. Of course, there is the possibility Nikki Reed just wants her friend back.

What do you think? Should the trio finally bury the hatchet and reunite, or should they kill the Nikki Reed, Ian Somerhalder, and Nina Dobrev love triangle once and for all? CDL is pretty sure that Nina Dobrev will NEVER be friends with Nikki Reed again! Let us know in the comment section below.

Nikki Reed is spotted leaving a costume shop in Van Nuys, California on July 16, 2015. It was recently announced that Nikki has landed the key series regular role of Betsy Ross on the upcoming third season of Fox’s ‘Sleepy Hollow.’ FameFlynet