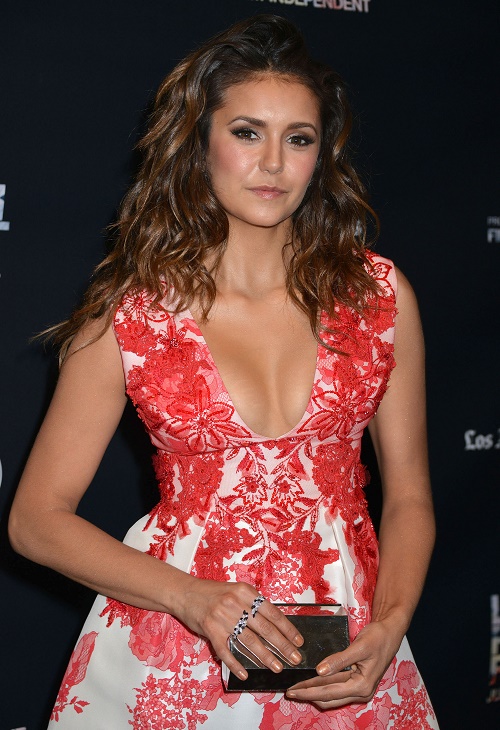 Nina Dobrev is so over Ian Somerhalder, and has moved on with her new boyfriend Austin Stowell – and it is driving Nikki Reed crazy. Reed couldn’t stop gloating about her marriage to Ian Somerhalder, and rubbing it in single Nina’s face, but now the joke is on Nikki because Nina has a new man in her life and everyone is noticing how happy the former Vampire Diaries actress is.

Nina stepped out on June 16 at the Los Angeles Film Festival to promote her film “The Last Girls,” and the actress was literally glowing. Attendees at the festival credited Nina’s new lease on life to her new boyfriend, Austin Stowell. Nina and Austin went public with their relationship shortly after Nikki and Ian tied the knot, and fans caught them kissing at the Indie 500. Since then, Nina and Austin have been inseparable. According to the July 6 edition of In Touch Magazine, “Nina even brought him to her pal Jamie King’s baby shower and introduced Austin as her boyfriend.”

The up and coming new super couple has received tons of support online from Vampire Diaries fans; however, Nikki Reed is not impressed that she and Ian now have to share the spotlight with another couple. Nikki was reportedly so unnerved by the fact that Nina Dobrev had moved on and was no longer sitting at home crying over her ex Ian that she unfollowed Nina from Ian’s Twitter page!

The best way to get revenge on your ex-boyfriend and ex-BFF is always to move on and prove that you are happier without them – and that is exactly what Nina Dobrev is doing. And it seems to be working and driving Nikki Reed nuts. What do you think of Nina’s new boyfriend? Do they make a cute couple? Let us know what you think in the comments below!