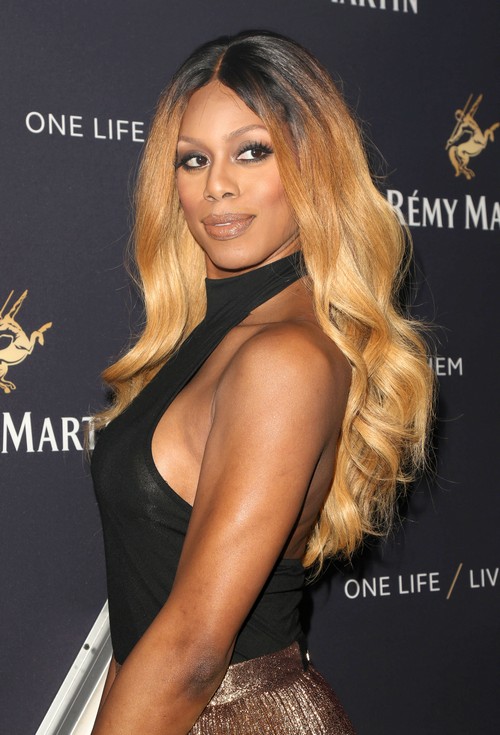 The gorgeous Laverne Cox (Orange is the New Black) is set to take on the iconic role of Dr. Frank-n-Furter, the transvestite with a taste for fish-net stockings, and sexual prowess for both sides of the fence and a love for all things different in the classic movie remake of The Rocky Horror Picture Show which is being developed by FOX.

Cox has helped pave the way for the transgender community making the trans community more visible. She currently stars on Orange is the New Black. Laverne Cox became the first openly transgendered actress to be nominated for an Emmy Award recognizing her work on OITNB. Will she make this role even a bigger part of history like the originator Tim Curry did back in 1975 playing the “transexual from Transylvania?”

Cox has appeared on such shows as Mindy Project and Girlfriends’ Guide to Divorce. She is also set to appear in the CBS pilot, Doubt which also stars Katherine Heigl and Steven Pasquale. Cox, 31, is helping the transgender community not be as afraid to be themselves to the rest of the world. Her celebrity status like Caitlyn Jenner’s is helping to change the world and its views on being transgender. TV Line reported the The Rocky Horror Picture Show casting news Thursday.

The Rocky Horror Picture Show which rocked the nation in 1975 starring actors like Tim Curry and Susan Sarandon has become a cult classic with midnight screenings that involve singalongs, dancing and making the audience be part of the show. The film also spawned a Broadway show.

The synopsis is that love birds Brad and Janet get stuck by Dr. Frank-n-Furter’s eclectic home where they seek help. Frank-n-Furter is loud, boistrous and extremely flirty with both sexes. Frank-n-Furter is showcasing the creation of ‘Rocky Horror’ who was created with a wacky science. ‘Rocky Horror’ is an Adonis of a man who is created solely for the yearnings of Franks loins or heart. It is debatable. Music Times noted that the remake is set to mark the 40th anniversary of the 1975 film.

The remake of The Rocky Horror Picture Show is set to debut in fall of 2016.