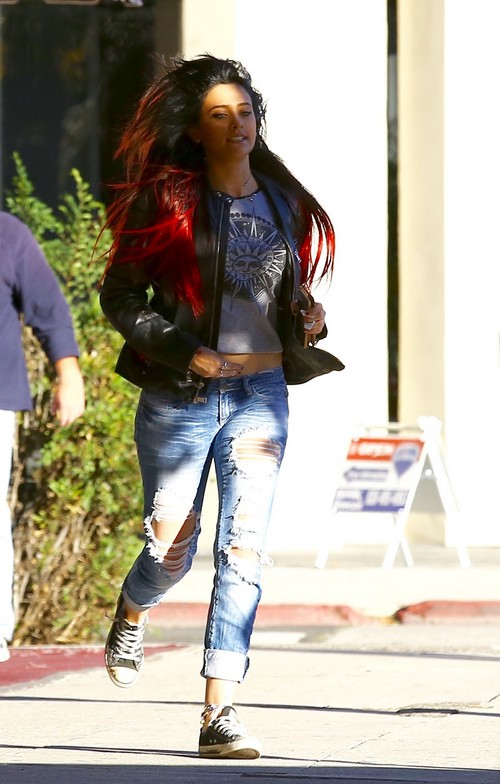 Paris Jackson and Chester Castellaw have broken-up. Does the Jackson family have fears about the state of the Paris’s fragile mental health after the split from Chester? The Jacksons’ probably aren’t certain how Paris is dealing with the break-up from Chester and may have cause for concern.

Those in the know say Paris broke things off with Chester about three weeks ago after dating for about a year. It seems a little odd though – last month Paris was wearing what looked like an engagement ring.

The former couple is not on speaking terms a Jackson family insider revealed to Radar Online. Paris Jackson and Chester Castellaw have unfollowed each other on both Instagram and Twitter. In the age of social media this is proof positive that a relationship has ended.

Jackson has dropped Chester’s last name on Instagram and changed it to Paris-Michael K. Jackson. Paris also added a quote to the Instagram account – “No one saves us but ourselves. No one can and no one may. We ourselves must walk the path.” ~Siddhartha Gautama.” Does the quote from Hesse indicate that Jackson is doing just fine?

The teenager has struggled with depression in the past – in 2013 Paris attempted suicide. And, as previously reported, Jackson hasn’t spoken with birth mother Debbie Rowe in over a year. Disturbing video clips of Paris acting irrationally and threatening to do bodily harm to anyone who flirted with Chester surfaced earlier in 2015.

It was reported that Katherine Jackson – Paris’s grandmother – was extremely concerned about the aspiring singer’s mental health at the time.

Paris posted a short video clip on Instagram on December 18 that may indicate that she is doing just fine. Jackson is walking down the street with some friends to late father Michael Jackson’s mega hit “Beat It.” Paris turns to the camera, smiles and stick out her tongue. A not-so-subtle message from Paris Jackson to Chester Castellaw that he should do exactly that – beat it?