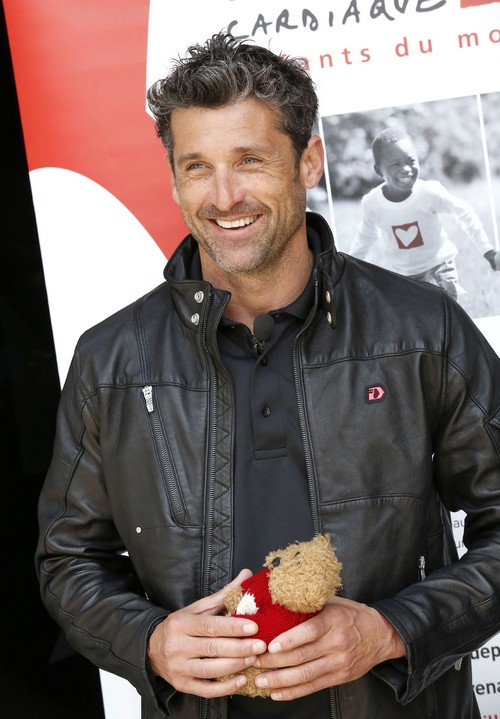 Patrick Dempsey’s controversial exit is still a sore subject with Grey’s Anatomy fans, despite the fact that his character Derek Shepherd was killed off from the wildly popular ABC drama months ago. After being a core character since day one, and leaving behind his wife Meredith and their kids – fans were furious that show creator and head-writer Shonda Rhimes had killed off Dempsey’s character. And, they are still demanding answers.

Patrick Dempsey’s exit was surrounded by controversy, and instantly sources began leaking info to the presses about the star being fired from Grey’s. While some insiders claimed he was not getting along Shonda Rhimes and his other co-stars, and was a total nightmare to work with, other sources claimed that Patrick’s firing had something to do with his high-profile divorce and an affair he was having with one of the staff-members on set.

Grey’s Anatomy creator Shonda Rhimes addressed disgruntled fans recently, and tried to offer up an explanation of killing off Derek Shepherd. Shonda explained, “I really couldn’t have the idea that he turned out to be a bad guy and walked out on his wife and kids. Derek had to die so that his love for Meredith could remain true and frozen in time.” So basically, Patrick Dempsey was out regardless, and she thought killing the character off would make for a better exit. But, that still doesn’t answer the question we have all been asking, why did Patrick Dempsey get fired to begin with?

It makes sense, as sad as the story was, that killing the character was a viable option – we would rather remember him as a good guy, than a guy who just left town and didn’t look back. But, fans want to know what really happened behind the scenes – and why Dempsey was fired. Do you believe the rumors, that he was being a total diva on set and cheating with his wife with a staff member? Or do you think there is more to it? Share your thoughts and theories in the comments below!