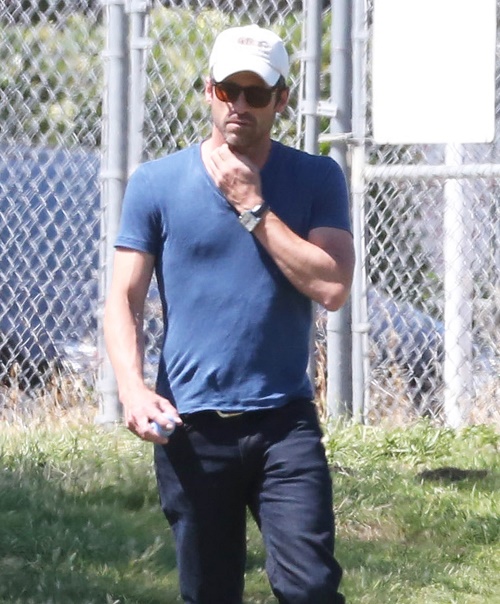 Grey’s Anatomy fans are boycotting the ABC drama after show creator Shonda Rhimes killed off main character Dr. Derek Shepherd and fired his portrayer Patrick Dempsey. Although there were reports of some drama on set at Grey’s Anatomy and it was no secret that Dempsey wasn’t getting along with the producers and his fellow co-stars, loyal Grey’s Anatomy fans were shocked by the unexpected plot twist that killed off the central character.

Dr. Derek Shepherd has been a figurehead on Grey’s Anatomy since the show premiered 11 seasons ago, and Dempsey has become a household name among ABC viewers since he began his lengthy run as a neurosurgeon. However, it became clear that all was not well in recent episodes of Grey’s Anatomy when Dempsey’s character was written out of nearly half a season and went to work in Washington. Still, the doctor eventually returned and seemed to have turned over a new leaf with his fellow doctors and wife, Meredith. But all of that came crashing down when Derek was in an unexpected car accident that fans never saw coming, and his own wife opted to pull the plug on his life-support.

According to the May 18 edition of GLOBE Magazine, “Almost as soon as Dr. McDreamy breathed his last breath on an episode ironically titled “How To Save A Life,” an internet petition with 25,000 supporters sprang up.”

Ironically, according to GLOBE, Patrick Dempsey is perfectly okay with his character’s demise and almost seems happy that his time on Grey’s Anatomy has finally come to an end. In a recent interview Dempsey declared, “I like the way it played out.” So, it sounds like Dempsey’s diehard fans are campaigning to bring back an actor who doesn’t want to come back.

Are you a fan of Grey’s Anatomy? Are you boycotting the show since Derek Shepherd was killed off? Will it be able to go on without Patrick Dempsey? Let us know what you think in the comments below!