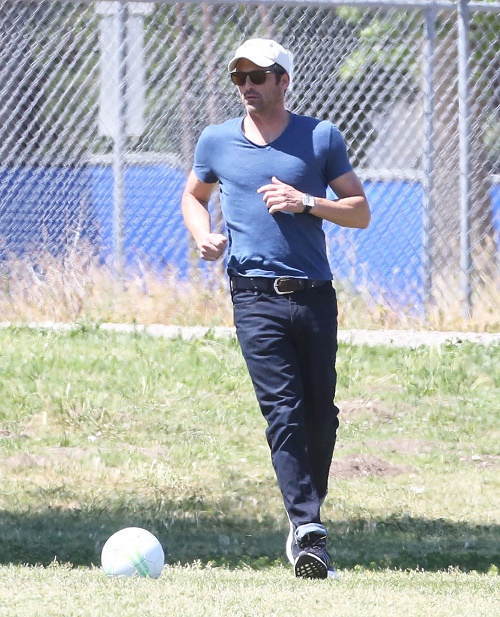 Patrick Dempsey has had a rough couple of months – between his divorce from wife Jillian Fink and being fired from the popular primetime drama Grey’s Anatomy. It turns out the two incidents actually go hand in hand – and the actor isn’t just experiencing a bout of bad luck. According to a new report, the reason Dempsey’s wife filed for divorce and he was fired from Grey’s is that he was having an affair with a much-younger staff member and hooking up with her on set.

Fans were shocked in January 2015 when it was confirmed that Patrick Dempsey’s wife of over 15 years, Jillian Fink, was filing for divorce. Although there were whispering of an affair then, Dempsey insisted that his marriage problems were stemming from his busy work schedule. And, by “busy work schedule,” he clearly meant he was too “busy at work” with his mistress, to work on his relationship with his wife.

An all new report from Radar Online reveals that the true reason Fink ended her marriage to Dempsey was because she was fed up with him cheating on her at work. An insider dished to Radar, “Patrick’s affair with the staffer on the show began last August. It was obvious to everyone Patrick was [sleeping with] her. It got very messy and emotional on set and became a huge liability. Patrick would remain in his trailer after hooking up with her on set and refuse to come out. He had also been complaining about the storyline of his character, and felt he wasn’t getting enough screen time.”

Apparently, Patrick was suspended from Grey’s Anatomy briefly over his on-set affair, which was when his character Derek Shepherd travelled to Washington and was off the canvas. When Dempsey returned to set, the staff member he was sleeping with had been moved to a different office and as far away from Dempsey as possible – which only infuriated the actor and made him impossible to work with. Not only did Patrick lose his wife, Jillian Fink, but he was losing screen time, and his on set girlfriend was gone. It was only a matter of time before Patrick completely unraveled and Shonda Rhimes had no choice but to fire him.

Hopefully Patrick’s on-set hookups were worth it – because he seems to have lost everything over them. Do you believe that Dempsey was cheating on his wife with a much younger staff member? Is that the real reason he was fired from Grey’s Anatomy? Let us know what you think in the comments below!