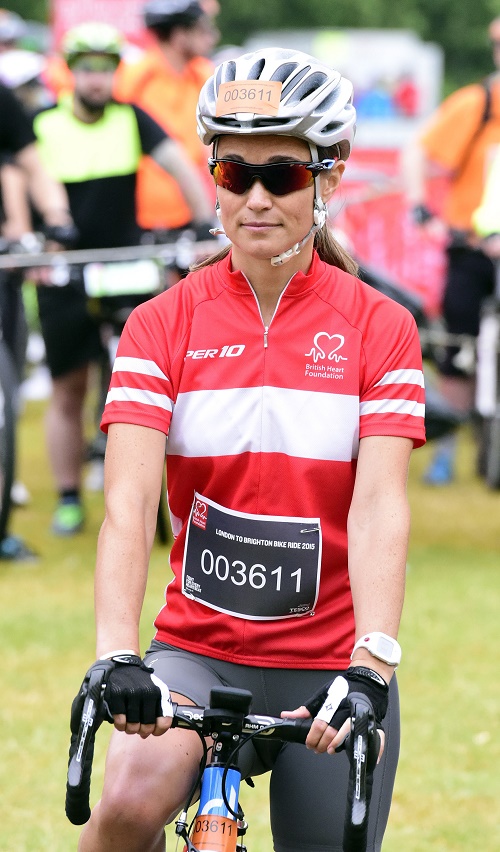 Pippa Middleton‘s latest shameless use of her sister’s connections? Joining Dancing With The Stars! Since commoner Kate Middleton married into the royal family, her sister Pippa Middleton has been riding her coattails and doing everything humanly possible to cash in on the Duchess of Cambridge’s fame. Pippa just can’t seem to wrap her mind around the fact that just because her sister is a royal, doesn’t mean she is.

One of Kate Middleton’s bodyguards has been dishing all the royal family’s dirt to Star Magazine and revealed that Pippa is trying to land a spot on the cast of the upcoming season of the ABC dancing competition. The guard explained, “She wants her sister’s fame, that’s for sure. I heard she is desperate to be on Dancing With The Stars, but the palace asked her to back off. They felt it would sully the image of her sister, the Duchess of Cambridge. Well, I tell you she did not care! She contacted Derek Hough, and he is a big fan of the idea.”

Of course, Derek Hough is a big fan of the idea: who wouldn’t want the future Queen Of England’s sister on their reality TV show? It doesn’t matter if Pippa has two left feet, all he is seeing is dollar signs. As much as we would love to see Pippa Middleton on DWTS, we have a sneaking suspicion that Queen Elizabeth would make sure it never happened – regardless of what lengths she would have to go through to ensure it. Queen Elizabeth absolutely despises Kate Middleton’s commoner family – and the fact that they have been using their connections to the royals to line their pockets for years. Pippa joining the ABC reality show would be an absolute mockery of their royal family and everything they stand for.

Do you think Pippa is abusing the fact that she is Kate Middleton’s sister? How far do you think Queen Elizabeth would go to make sure she didn’t get on the show? Let us know what you think in the comments below!