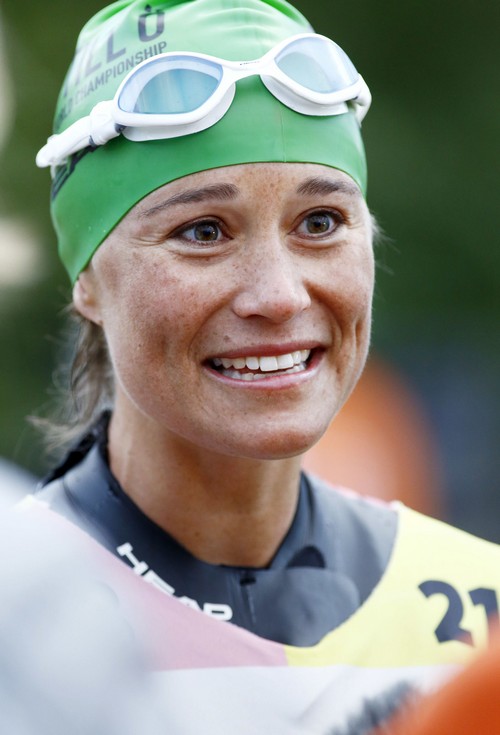 Pippa Middleton is moving to America and Kate Middleton is ashamed of her little sister’s shameless husband search and fame hunting ways. Pippa wants a wealthy husband and she’s not going to find it in England – every guy is afraid to date her because they’ll be hounded mercilessly by the paparazzi.

Will a move to America give Pippa a do-over after her break-up with Swiss banker Nico Jackson? A source has stepped forward and told The Daily Beast that Nico was embarrassed by Pippa’s so-called celebrity status and he wanted to be known as a world renowned banker – not arm candy for Kate Middleton’s little sister. An insider went so far as to say that the break-up was staged by Pippa thinking it would get Nico to pop the question. Obviously that didn’t work!

Adding further to Kate Middleton’s embarrassment of her little sister’s social climbing ways – learned from her mother Carole Middleton we’re sure – is the fact that Pippa Middleton can’t hold a job to save her life. Her book “Celebrate” was a complete flop and no publisher wants to touch her latest diet and exercise book “#PippaTips.”

Could a move to America mean a job on television for Pips? She had an audition for NBC’s Today Show but decided she didn’t want to make the move because it would take her away from her beau Nico – but he’s no longer a consideration.

The Duchess of Cambridge’s little sis is petrified she’ll become the next Sarah Ferguson – shunned by the Royal family and left to fend for herself without any support from the Duchess of Cambridge at all. “She says, ‘I don’t want to end up like Fergie,’” one friend close to the family dished.

Now the Duchess of York at least married a prince and gave birth to two princesses – but Pippa’s prospects of landing a royal husband – or even a husband with a title – are slim to none. Basically if Pips doesn’t move to America she’s may end unmarried and fading into oblivion.

Moving to America didn’t really help Fergie all that much. Her writing career went the way of her marriage – kaput. She tried being spokesperson for Weight Watchers – that didn’t last very long. And she’s never been remotely close to landing a wealthy husband and remarrying.

What’s next for poor, poor pitiful Pippa Middleton? Can mum Carole Middleton find a husband she deems worthy of her second oldest daughter anywhere in Europe? Is there some noble out there with a title and no money who would be happy to put a ring on Pippa’s finger and marry her for the money – the Middleton’s do have megabucks!

Or maybe if she comes to the United States Pippa can land a husband from a wealthy established family – like the Kennedys? Pippa Kennedy sounds kind of nice don’t you think?