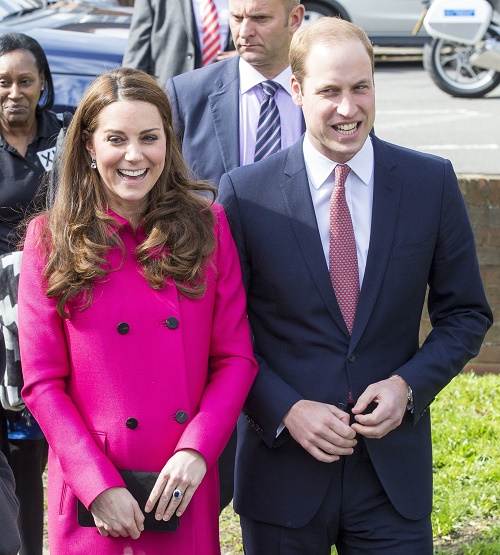 Prince William’s pregnant wife Kate Middleton’s due date is almost here, but according to a new report, it is five days earlier than we thought! The Duchess of Cambridge’s due date was rumored to be April 20 for months, and then Kate herself confirmed the date at a recent event when a bystander asked her when the baby girl would be due and she responded, “Middle to end of April.” But it turns out that Kate and William’s baby girl’s due date is actually April 15!

With days winding down and Kate Middleton’s due date nearly here, the Palace is preparing for the media firestorms they are about to endure. Although they can’t stop the photographers and media outlets from storming the hospital where Kate Middleton will be giving birth, they can try to regulate the chaos. According to The Daily Beast, “For foreign media covering the royal birth have been told they can set up their cabling and other technical bits and bobs outside the Lindo private maternity wing of St Mary’s hospital from midnight on April 15.”

The media is abuzz with the news of Kate Middleton’s due date being five days earlier than expected, and everyone is racking their brains trying to figure out what is going on with the Duchess and her baby bump. Worst case scenario, Kate is having complications with her pregnancy and they may have had to schedule a C-Section earlier than the original due date. Then again maybe everyone’s math has been off – and April 15th really is her original due date. But if that is the case why would Kate have said “middle to end of April.” If your due date is on April 15, then that is the middle of April – not the end.

What do you think about Kate Middleton’s due date being moved up five days? Did we have the wrong due date all along, or is she having complications with her pregnancy? If her due date isn’t until April 20th – why would the media be allowed to set up shop at the hospital on April 15? Let us know what you think in the comments below!