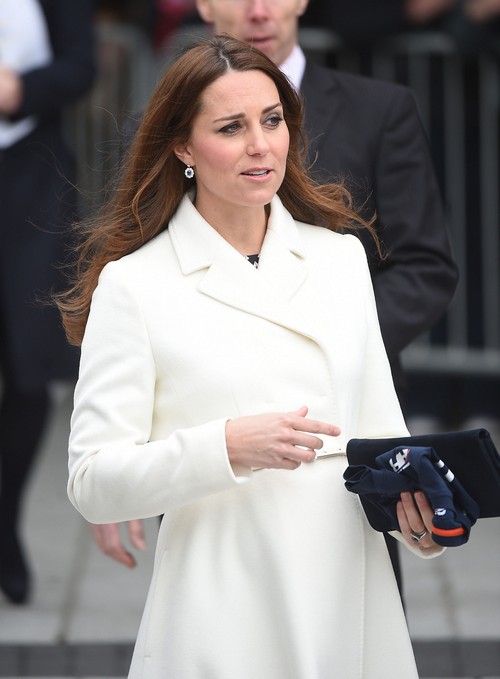 Kate Middleton literally has every beautician and fashion expert at her finger tips, but they haven’t been doing her a whole lot of good over the past few months. Kate has been pregnant for eight months now, and there’s several things that she’s had to give up since the beginning of the pregnancy. According to reports, the biggest beauty treatment that Kate had to give up was the weekly St. Tropez tan that she used to ‘maintain her glow’.

But alas, the mist from the tan is reportedly harmful to anybody who’s pregnant [and probably people who aren’t pregnant, either], and as such, Kate’s chosen to replace said weekly St. Tropez tans with DHA-free Bobbi Brown Shimmer Brick in Bronze instead.

Well, good for her for finding an alternative, but it’s a bit weird that Kate is supposedly such a big fan of spray tans, right? Honestly, even with the spray tans, Kate’s never looked particularly bronze or darker than she usually does. I mean, she was literally just in Mustique, where she could have easily developed a tan. But developing a tan in a tropical place requires you to actually go outside and spend time in the sun, and we know Kate Middleton hasn’t been doing that during her pregnancy. For one, she was busy with Prince George, and for another, she was exhausted and ‘resting’. After all, she’s become the royal family’s unofficial mascot in the wake of the Prince Andrew sex scandal.

Plus, I’m sure that even if she didn’t give up the spray tans voluntarily, Queen Elizabeth would have intervened sooner or later and asked her to cut down on them. Spray tans are a very un-royal like habit to have, especially when one is pregnant and getting photographed by the paparazzi every other day.