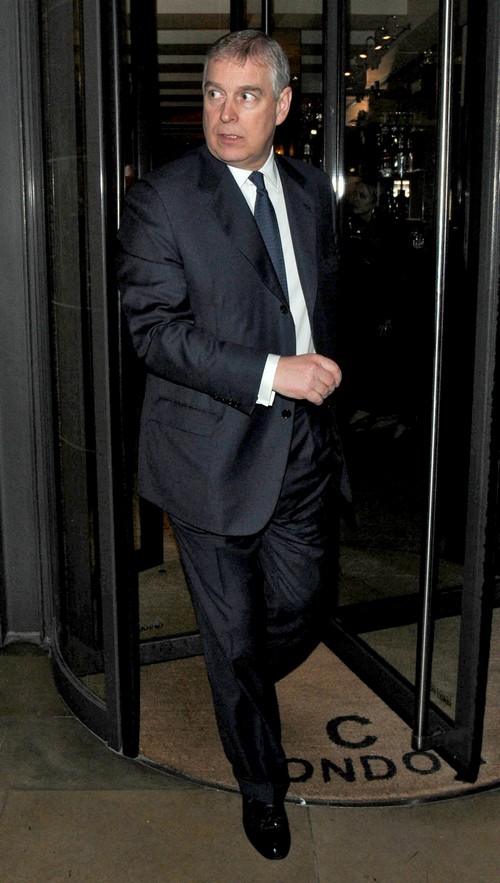 Prince Andrew has yet to make a public statement regarding his involvement in the underage sex scandal and all the messy allegations surrounding it, but he has reportedly admitted to friends that his behavior was ‘foolish’. Um, that’s the understatement of the year.

Prince Andrew’s relationship with billionaire pedophile Jeffrey Epstein was thrown into sharp relief earlier last week, when accusations of Andrew having sex with an underage girl went viral. The girl accused Epstein of pimping her out to Andrew in exchange for money and favors, and those allegations have been made public thanks to a US court filing.

According to the Daily Telegraph, Andrew has been repentant about his behavior, with a source explaining, “He is watching the news and reading the headlines and even though the friendship with Jeffrey Epstein was acknowledged as being unwise back in 2011, the Duke has clearly had a long time this week for the consequences of that friendship to further sink in. More than ever, he can see how foolish it was.”

One of the things that Andrew is shying away from is taking any legal action against his accuser, and he’s reportedly planning to lie low until the scandal blows over – if it ever blows over. Unlike Jeffrey Epstein’s lawyer, Andrew and his team are reportedly planning to stay quiet about his involvement in the scandal, probably aware that anything they say or do will get picked apart in the media and bring shame to the royal family. Even more shame, I mean.

At this point, Prince Andrew’s best bet is to lie low and hope the public and media forgets the whole thing, or at least, throws their attention to Jeffrey Epstein. However, the fact that Prince Andrew belongs to the British monarchy isn’t going to be forgotten by anybody anytime soon, and I have no doubt that he’s going to pay privately for bringing such embarrassment to Queen Elizabeth.