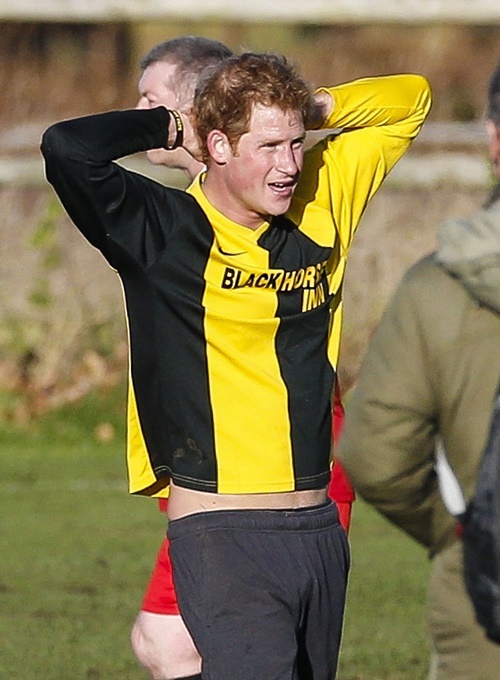 After watching Kate Middleton lose herself in the royal PR role that has now become her life Cressida Bonas told Prince Harry to forget about it! When Queen Elizabeth learned that Cressida wanted a career in entertainment it was all over but the crying for Prince Harry’s ex girlfriend. Royal wives are meant to be showpieces without serious pursuits other than producing children, just ask Kate Middleton. So it’s no surprise that Cressida choose not to go down that path.

Prince Harry who? Cressida Bonas reportedly held center court at the BAFTA Tea Party in Los Angeles this weekend, dazzling all attendees and sticking out from a bevy of famous ladies, including famous Brits Keira Knightley, Cara Delevingne, Ruth Wilson, and several others.

Cressida Bonas will be making her acting debut next year, but clearly she’s fitting right in with the crowd of actors, directors, producers, writers, and in general, the film industry in LA. After hanging with the stodgy royals, can one blame her?

However, it’s also exceedingly obvious why Cressida’s relationship with Prince Harry didn’t work out, especially if this was her highest aspiration. Cressida looks a lot more lively and excited in all of the pictures from this weekend’s events than she ever did with the royals. It’s obvious that she actually wants to be a movie star, whereas her responsibilities with Prince Harry were just that – responsibilities. She might have thought that dating and marrying Prince Harry was a short cut to fame and fortune, but then she realized all the sacrifices she would have to make. Movie star aspirations? Dunzo. Freedom to dance and act and dabble in the arts? Cut. She would have had to sit pretty and attend events and basically become the royal family’s PR tool, and after seeing what that’s done to Kate Middleton, she likely realized that she wanted to no part of it – Prince Harry or no Prince Harry.

Of course, there were also rumors that Harry and Cressida were trying to work things out again a few months ago, but away from the spotlight. I’m guessing that was Harry’s idea, since the publicity provided by dating a royal is second to none, as Cressida knows too well.

What do you guys think about Cressida Bonas’ acting career and BAFTA networking? Do you think she’ll have success as an actress, or will she go running back to Prince Harry at the first sign of failure? Let us know your thoughts in the comments below.