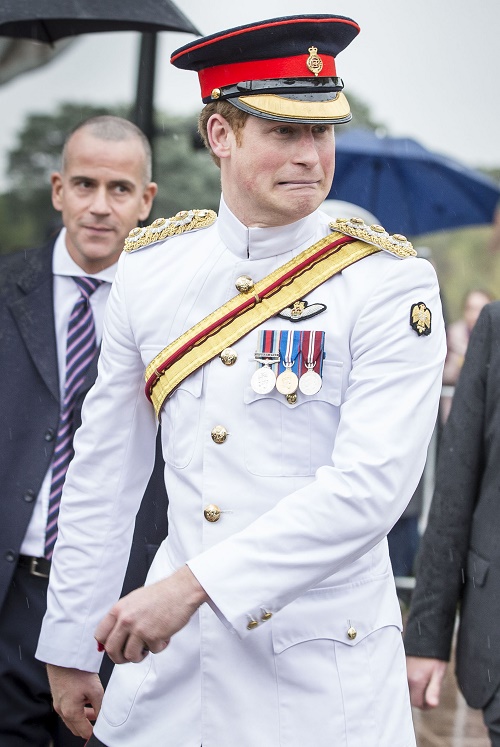 Prince Harry has arrived in Australia to much adulation and fanfare, but one thing that people have been fixating on more than anything else is Harry’s single status. Obviously, as the unattached single brother of Prince William [and third in line to the throne], Prince Harry is probably one of the most eligible bachelors in Australia right now.

Technically speaking, Harry touched down in Canberra for his final active military deployment [a month long stint with the Australian army before he quits], and many fans joked about wanting Harry to stay in Australia and marry a ‘crocodile handler’ – slang for a local.

Now, we all know about Prince Harry’s reputation with the ladies, don’t we? He was in an on-again/off-again relationship with Cressida Bonas for so long that people may have forgotten, but he’s finally single now. I mean, he’s truly, truly single now, largely because Cressida’s too busy being a movie star. Queen Elizabeth and the rest of the royals have straight up banned him from seeing Cressida again, which means that whichever way you slice it, their relationship is over. And that means that Harry is a free, free man. And the last time Harry was this unattached, we got Vegas Gate.

While Prince Harry’s not in Vegas right now and you could assume that he’s a lot more mature, I think it’s very likely that we’ll get some sightings of him partying with local Aussie girls. In fact, I wouldn’t even be surprised if he starts to date and/or hook up with a local Aussie girl, especially since he’ll be there for more than a month.

What do you guys think? Do you think Prince Harry will date an Australian girl? I mean, there’s no future there, but it’s not like there was a future with Chelsy Davy either, you know? Or, for that matter, Cressida Bonas, especially once she announced her movie star plans.