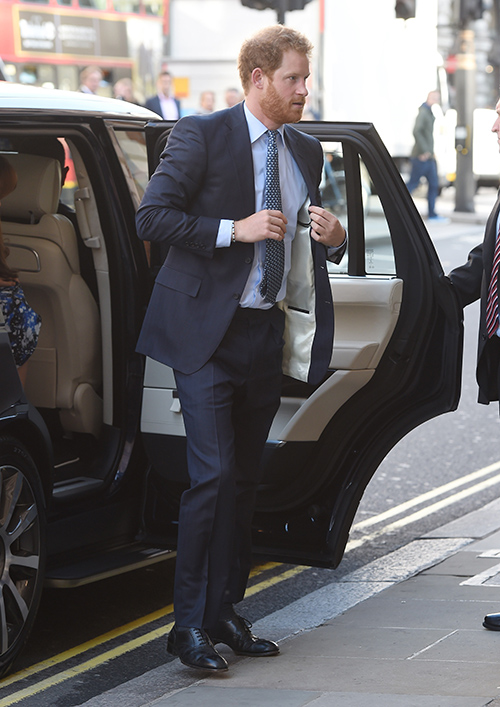 Prince Harry is honoring Princess Diana’s legacy. The prince shared loving memories of his mother with patients at a London Hospital. As Harry’s mother before him, the fifth-in-line to the throne is dedicated to eliminating the stigma and fear that surrounds HIV.

The Mildmay Hospital in East London that Harry toured on Monday, December 14 is the very same hospital Princess Diana visited 17 times between 1989 and her tragic death in 1997. The ginger-haired prince met a young woman who was born with HIV who, as a two-year-old, had sat upon Diana’s knee. The 26-year-old woman recalled that the Princess of Wales knee was quite comfortable. Harry offered a heart-melting memory when he said, “I remember that too.” Harry also shared that he remembered the comfort of Diana’s cuddles.

During the tour of Mildmay Hospital the prince stopped to hold hands and joke with several patients. Staff members with the prince were quick to tell he was following in Diana’s footsteps as the prince walked through the ward that has 26-inpatient beds. Director of Fundraising Kerry Reeves-Kneip revealed, “One of the patients got on her knees when she saw [Harry] and he got on his knees as well and they were holding hands.

Diana would have been extremely proud of her second son as Harry met with the sickest patients at the hospital. Prince Harry was unbelievably touched, possibly to tears, as he discovered how ill people with HIV can be. Harry was deeply moved at how excited the patients were to meet him.

Prince Harry discovered something interesting during the visit to Mildmay. During one of the Princess of Wales many visits to the hospital a phone call came in. Reeves –Kneip recalled, “There was a phone call from the school saying one of you had climbed onto the roof” Prince Harry replied, “That was probably me.”

Unfortunately, Prince Harry was able to seek the comfort of Princess Diana’s loving arms for only 12 years. Diana was snatched away from the world on August 31, 1997 in a horrific car accident. Prince Harry has spent most of his adult life as a patron of several of the charities that the Princess of Wales tirelessly supported.