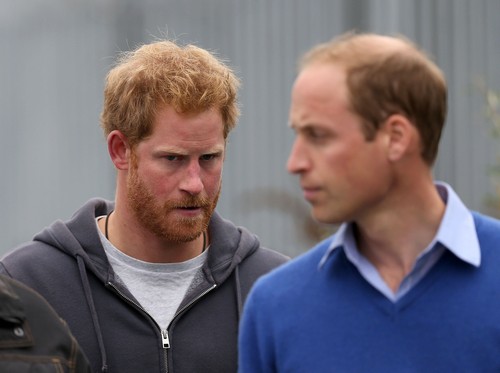 Prince Harry has always been a patron of foundations that help children – but lately his attention seems more focused than ever on these charities. Is Prince Harry’s increased support of these organizations a subtle signal that he is preparing to announce his engagement?

WellChild – The National Charity for Sick Children was the latest organization to receive a visit from the prince. At the gala awards ceremony on October 5 the handsome prince focused his attention on the recipients of the WellChild Inspirational Young Person Awards – as well as several other children in attendance.

Though his mother Princess Diana died just days before his 13 birthday her patronage of children’s charities left a lasting impression upon him. In addition – Harry has made no secret that he’s at a point in his life where he wants to settle down and start a family.

Kate Middleton has been playing matchmaker in an attempt to reunite her brother-in-law with Chelsy Davey – a South African barrister whom Prince Harry dated on and off for seven years until they called it quits in 2011. But rumors over the summer had the former couple back on the road to romance.

Is Harry’s increased commitment to organizations that offer support to children and families his way of showing Chelsy that he is serious about settling down and starting a family? The partying prince has had quite the reputation as a ladies man and that was part of the reason Davey pushed Harry away. But have his partying days come to an end – is the fifth in line to the British throne ready for diaper duty?

Older brother Prince William and his engagement to Kate Middleton on November 16, 2010. Prince Charles will celebrate his 67th birthday on November 14 AND the Queen and the Duke of Edinburgh will celebrate their 68th wedding anniversary on November 20. The timing couldn’t be more perfect for Prince Harry to announce to the world whom he has chosen to be his princess.

The Duke of Cambridge got on famously with Chelsy and double-dated with his younger brother on a few occasions – that’s how Kate Middleton and Davey met. And it would be wonderful if Prince William and Duchess Kate Middleton could add a niece or nephew to the new generation of the Royal family in the next few years – Prince George and Princess Charlotte would be close in age to their cousins. Of course the added bonus – some of the pressure would be taken off the Duchess of Cambridge – at least for a little while.

Of course Prince Harry needs more than the Duke and Duchess of Cambridge’s approval before he proposes to Chelsey – assuming it’s Chelsy Davey he has chosen. Harry will need to formally ask his grandmother Queen Elizabeth for her permission to propose – and sources close to the Royal family have said that the Queen approved of the blond beauty when she was dating her grandson. It shouldn’t be difficult to get the okay from granny.

Has Harry already asked permission from Queen Elizabeth to ask Chelsy’s father for her hand in marriage? Does he have the perfect place planned for the proposal? Come back to CDL for updates on the Royal family and all your celebrity news, rumors and gossip