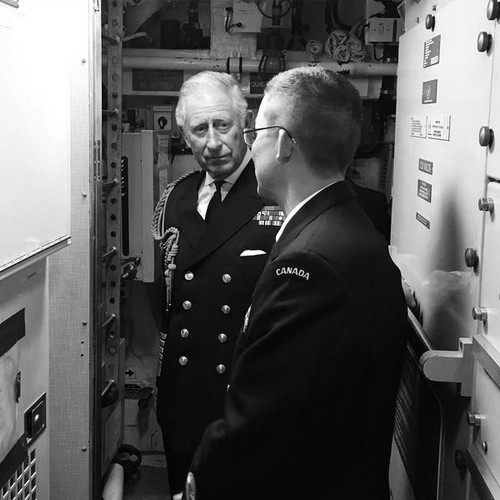 Queen Elizabeth has ordered Kate Middleton to attend a state dinner with Prince William for the Chinese President while forbidding bumbling Prince Charles and Camilla Parker-Bowles to show their faces. October has been a busy month for Kate Middleton. After her October 10 joint appearance With Prince William at Harrow College for World Mental Health Day Kate Middleton is slated to attend a State dinner at Buckingham Palace later this month for the president of China.

Guess who won’t be there? Prince Charles and Camilla Parker-Bowles! Is this yet another signal from Queen Elizabeth II that she favors the Duke and Duchess of Cambridge over the Prince of Wales and Duchess of Cornwall?

Duchess Kate Middleton has been called lazy, moody and ill-mannered because she has failed to accompany the Duke of Cambridge to several of his friends’ weddings and has shirked many of her other Royal responsibilities. But if Kate expects the Queen to pass over the Prince of Wales – if she decides to retire – as the next King and choose her and William as the next king and queen it is necessary for the Duchess to up her game.

An important event such as this is not something you pout about attending. Is this yet another attempt to prove to the world that the Duke and Duchess are getting along famously and that any rumors of serious cracks in the marriage are poppycock?

A source close to the Royal family has revealed to The Daily Mail that “Catherine will be there.” But why will Prince Charles and Camilla Parker-Bowles sit this one out? William wants to forge good relations with the Chinese to help him stamp out the trade in illegal wildlife. Prince Charles, on the other hand, sparked a diplomatic storm in 2005 when he described China’s Communist leaders as “appalling old waxworks.”

This is one occasion in which Queen Elizabeth will absolutely halt any attempts on Carole Middleton’s part to manipulate. The Middleton’s may have schmoozed their way into attending the England vs. Australia World Rugby Cup game – but there is absolutely no imaginable reason the Queen would extend an invitation to Kate Middleton’s family for such an important occasion.

Here we go again! Has Queen Elizabeth commanded a show of unity and marital bliss from the Duke and Duchess of Cambridge? Did Kate even blink an eye about attending this most important State dinner? Perhaps her majesty didn’t even need to intervene – this time the Duke of Cambridge may have told his wife she WILL attend whether she likes it or not!

Tell us what you think in the comments section below and come back to CDL for all your Royal updates as well as all your celebrity, news, rumors and gossip.