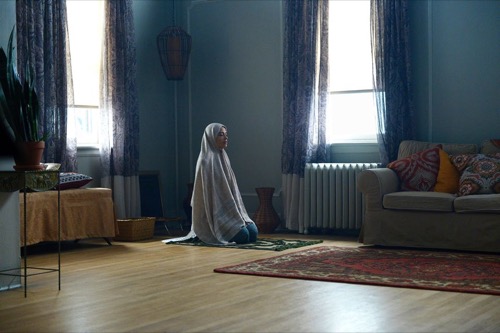 Tonight on ABC Quantico airs with an all new Sunday November 8, season 1 episode 7, called, “Go” and we have your weekly recap below. On tonight’s episode, the NATS face an explosive assignment for their midterm.

On the last episode, the NATs practiced surveillance on Miranda and her son; Shelby tried to keep her distance from Caleb; Raina opened the door to a closer relationship with Simon; and, in the future, Alex was helped with her effort to hack into an FBI computer. Did you watch the last episode? If you missed it we have a full and detailed recap, right here for you.

On tonight’s episode as per the ABC synopsis, “the NATS face an explosive assignment for their midterm. In the future, as Alex continues to try and clear her name, Nimah and Raina provide her with more questions than answers.”

Tonight’s season 1 episode 7 looks like it is going to be awesome so make sure that you tune in to our live coverage of Quantico at 10:00 PM EST!

Tonight’s episode of ‘Quantico’ kicks off with Simon and Alex arguing – they just found footage of either Raina or Neimah walking through Grand Central Station two days before the explosion. Simon thinks that it is just a coincidence. He agrees to help her try to find the twins though. Ryan visits Miranda in custody to try and get the twins’ latest phone numbers. Miranda gives him a number and warms him to be careful. Meanwhile, Vasquez and Liam are watching Ryan – they know that he is working with Alex. Liam tells Vasquez to follow Ryan and let him lead them straight to Alex.

Flashback to Quantico: Simon is furious that the twins attacked him and hid him in the bathroom to keep his secret. Miranda pays him a visit, she tells him that if he keeps the twins’ secret for her than she will strike the probation from his record. Meanwhile, Shelby and Caleb are making out in the utility room – and his dad the Executive Director of the FBI walks in on them. Shelby feels super awkward, but Caleb reassures her that he is happy to finally meet her and has heard lots of great stuff about her. After Shelby leaves, Caleb’s dad tries to bribe him to drop out of Quantico. He offers to give Caleb his trust fund early if he will fail his next test on purpose, he doesn’t want Caleb in the FBI any longer because he is scared that he will embarrass their family.

Present Time: Alex and Simon find Raina meditating. They sneak up on her and Simon pulls his gun on her – she is confused and wants to know what they are doing. Alex demands to know what she was doing at Grand Central Station. Raina’s face lights up and she says “Nimah is alive!” Apparently, she thought her twin was dead – but she can’t be if they have security footage of her two days ago. Nimah explains that she and Raina were supposed to swap places last week and Raina never showed up. She hadn’t heard from her and she thought the worse.

Raina explains to Alex and Simon that she and her sister have been infiltrating an Islamic house across the street. But, she hasn’t saw Nimah or anyone else come in and out for days. She thinks that they may have forced Nimah to help with the Grand Central Station bombing. She says the terrorist group was targeting landmarks. Back at the FBI headquarters, Shelby finds Caleb looking through the video surveillance – he found the footage of Nimah. When Shelby talks to him, she slips up and says that it is Nimah in the video – he wants to know how she knew it wasn’t Raina.

Flashback To Quantico: The students are all given a written test – it’s a blank piece of paper. Miranda leaves them all alone in the classroom, and they spend hours trying to figure it out. They do some research and realize that Brandon was the only one that didn’t get a piece of paper. Brandon storms out of the classroom and says that he knows he is getting kicked out of Quantico and that’s why he didn’t get a paper. After he leaves the classroom, the fire alarm goes off and the doors lock – someone finds a timer underneath Brandon’s chair, it’s counting down and there is less than a minute remaining on it.

Present time: Simon uses thermal goggles to look at the house across the street from Nimah’s. They can see five guys inside, and it looks like Raina is inside with them. Nimah refuses to believe it – she says that it is impossible and her sister never would betray her or the country. Nimah decides to sneak back in to the house and get her sister out. Meanwhile, Vasquez rushes to get Liam – she says that Ryan is on his way to meet with Alex, and she put a tracker on his jacket.

Flashback to Quantico: All of the students are still locked in the classroom, they think that Brandon’s big exit and the doors locking are all part of their final exam. But, then they find a bomb hidden under the speaking podium – there are only 22 minutes remaining before the bomb is detonated.

Present time: Raina sneaks out of the house and rushes across the street. She screams at Alex and Simon for nearly blowing her cover. Nimah is still inside the house with the Islam terrorists. Raina explains that she didn’t leave the house because she was getting close to the leader “Hamza.” Simone realizes that by getting close, she means she was sleeping with him, and he’s not happy. While they are arguing – they hear Nimah on the walkie talkie – apparently while she was pretending to be Raina, the leader Hamza came home and otld her that the house is no longer safe and they have to leave the country ASAP. Shelby and Ryan show up, they warn Alex and Simon that the FBI is on their way.

Flashback to Quantico: The students get the door open, and start escaping. But, Simon was trying to deactivate the bomb. He can’t take his hands off from the wires – because eif it is a real bomb, then it will blow up. Everyone in the class scatters and leaves except for Ryan, Shelby, Alex, Caleb, and Nimah, and Vasquez. Miranda walks in and tells them that they passed, and thanks them for sacrificing their lives for their country – even if it turned out to be just a fake bomb.

Present time: Raina is freaking out, she wants to go switch places with her sister Nimah before Hamza realizes what is going on. Simon and Ryan won’t allow it – they say that it is too dangerous. They are loading their guns and preparing to rush in to the house and get Nimah out before Hamza realizes anything. Raina is furious that they are about to blow her entire assignment. Alex convinces the guys to let Raina go back in, she doesn’t want to risk Nimah’s life just trying to prove her innocence. Meanwhile inside, Hamza starts kissing Nimah and it is only a matter of time before he realizes that she is not his girlfriend.

Flashback to Quantico: After the test is over, Ryan and Alex share a moment. He explains to her that he didn’t want to take her as an assignment. Liam forced him to take the job and blackmailed him. Outside, Nimah meets with Miranda – she doesn’t think that she and her sister should keep lying to their classmates. How can they trust them with their lives if the twins can’t even tell them their secret? Shelby runs in to Caleb’s dad and tells him that Caleb didn’t throw the test. Caleb’s dad scoffs that Shelby doesn’t know what his son is capable of. He says that he has picked up Caleb’s messes in the past – and one of his messes nearly cost dozens of lives.

Present Time: Raina and Nimah are trying to switch places and the FBI storms the house that they are hiding in. Alex and Ryan are outside and Hamza shoots Ryan – Alex opens fire in the middle of the street on the Islamic house.
Flashback to Quantico: Miranda calls the remaining students in to the classroom – she has an announcement to make. She introduces Raina and Nimah, everyone is shocked that there are two of them.

Present Time: Ryan is injured, and bleeding badly. Alex is trying to get him to safety. Vasquez corners them in the alley. Alex surrenders herself, because she knows that Ryan needs help. Vasquez shockingly lets them both leave when none of the other FBI agents are looking.