Raven Symoné Joining The View: Not Afraid to be Opinionated 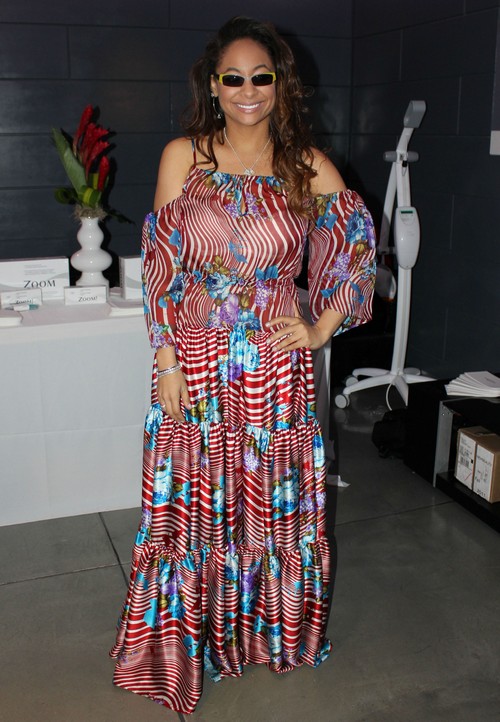 The View has been going through a ton of changes, but now we have some confirmation on who the next co-host will be. Whoopi Goldberg has finally confirmed that Raven Symoné will be the newest addition to The View family.

While it has been speculated for quite sometime that Raven would be joining the line up of co-hosts, Symoné revealed that when she actually heard that their was a confirmation, she was extremely surprised.

Symoné spoke to E! News about her new job on The View and said, “I learned two seconds before that I didn’t get to come out first like I normally did so right then, I was a little flustered and then I came out and they had my song on and theN I broke it down like it was hot, but then I had this really short skirt on,” she joked with E! after chatting with them after the live episode of The View. She said, “I was hoping that my grandma and my mom wouldn’t have to call and say ‘close your legs girl.’”

Many fans are excited to see Raven joining the panel, however some viewers do not understand the choice of having Raven as a co-host. Despite what anyone thinks, Raven is ready to take on whatever may come.

“I definitely have a different lifestyle than a lot of people in this world — good and bad — and my views are different than one might think my views might be because I’ve never really spoken my truth until recently. Hopefully I can send some light on what I like to call the truth.”

Raven goes onto say that she is not afraid to be controversial if it means telling the truth. “Some people might not agree with me and some people will but we know how to talk to each other in a respectful way so that everybody gets their point across and there’s no cutthroat conversation.”

We’re not sure if Raven will live up to the hype, but if she follows through with how she says she will act on the show, we think that Raven Symoné will be able to bring honest opinions that should lead to interesting discussions.

Raven Symoné will be joining Whoopi Goldberg, Nicole Wallace and Rosie Perez going forward. Raven Symoné has made it clear that she is not afraid to be the voice of reason, or the drama starter on set, but she says that when the show is over, she will leave the drama behind.

“That’s what I love about it too. I can express it. You can express it and we can disagree but we can move on and hung later. I love that.”

What do you think? Will Raven Symoné be a good addition to The View, or could they have found someone better? Let us know in the comments below.