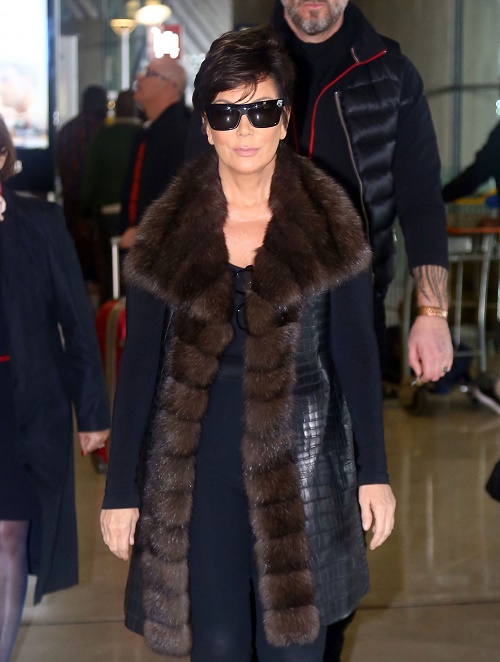 Is Kris Jenner joining The View? Since Rosie O’Donnell vacated her job as a co-host…again, rumors have been floating around that ABC may hire Keeping Up With The Kardashians star Kris Jenner to take her place – and it turns out there is actually some truth to them. Although, the fate of The View is currently up in the air because of host musical chairs and plummeting ratings – Kris Jenner is campaigning hard for the job and has contacted producers multiple times.

According to the March 30th edition of OK! Magazine, “The Kardashian Matriarch is touting her past guest-hosting gigs in a bid to take over Rosie O’Donnell’s spot on The View. On top of being no stranger to the set – she famously defended her granddaughter North West’s unique name here in the summer of 2013, she also has daytime TV experience from her short-lived talk show. So, t is no surprise that she is using her background to outbid other stars who are lobbying for the job.”

An insider dished to OK! that, “Kris has been acting as her own agent and calling the producers and trying to sell them on the enormous audience she already has and how she will single-handedly save the show.” What Kris Jenner doesn’t realize is that her “enormous audience” really could care less what she has to say on important issues or current events. Unless Kris is going to update The View’s audience every day on Bruce Jenner’s sex change or which one of her daughter’s are pregnant this month – she is not going to help the talk show’s ratings, if anything adding her to the cast will probably hurt the show’s ratings (if that is even possible at this point).

Rumor has it Whoopi Goldberg is not on board with sharing her morning coffee with Kris Jenner on The View – so the odds of her actually landing the gig are slim to none. Do you still watch The View? Do you think Kris Jenner has a chance of joining the show? Will she hurt or help ratings? Let us know what you think in the comments below!