Ray J and Princess Love Engaged To Be Married: Love & Hip Hop Hollywood Wedding – Will They Break Up Again? 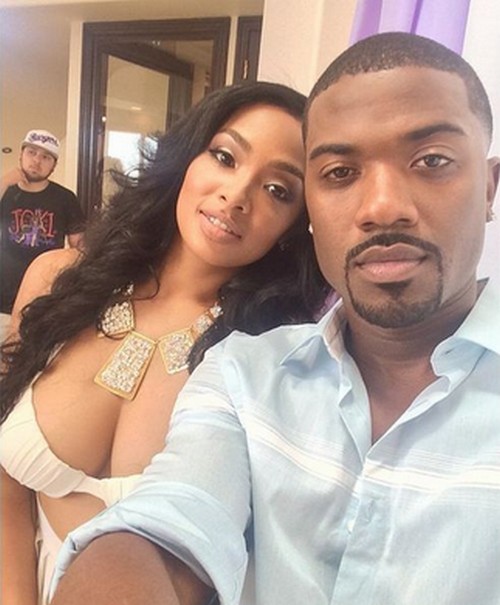 Princess Love and Ray J are getting married! Maybe! The Love & Hip-Hop: Hollywood couple has bad more break-ups and make-ups than we care to count. Since the premiere of the VH1 reality TV show, Princess and Ray J have been caught in some pretty nasty fights – which included the one in February 2015 that ended with police arriving at a hotel room, and an arrest.

But, the couple has apparently set aside their differences, or possibly beaten each other to the point that they have amnesia and don’t remember that they hate each other – because now they are getting married?!

Ray J will forever be known as “that guy in Kim Kardashian’s sex tape.? Ironically, when they first started hooking up back in the early 2000’s – Ray J was the famous one and no one had ever heard of Kim Kardashian or her family.

My how the tables have turned. Princess Love began her hike up the D-List celebrity ladder as a stripper in Las Vegas. Then, she was recruited as Floyd Mayweather’s side-chick (he actually had a girlfriend when they were ‘dating.’) Eventually Princess Love grew tired of the pro boxer showering her with diamonds and gold, so she began dating Love & Hip-Hop: Hollywood star Ray J.

According to VH1, Ray J and Princess Love confirmed that they were engaged at the 2015 BET Awards, and Princess has been sharing photos of her new engagement ring on social media. However, the couple has not set a wedding date yet or booked any venues – which is probably for the best. Call us skeptical, but we don’t have a whole lot of faith that the Love & Hip-Hop couple will actually make it down the aisle, we would love for them to prove us wrong though!

Do you think Ray J and Princess Love will actually get married? Or is there another break-up in their near future? Let us know what you think in the comments below!