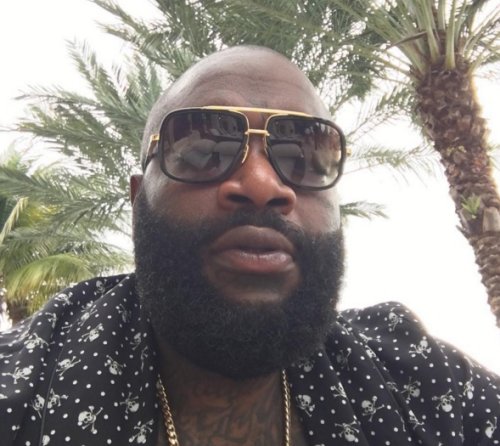 Rick Ross dropped his new track “Color Money” which contained a verse definitely aimed at Drake about his love for Nicki Minaj and many fans are wondering – when Drake retaliates, will the Canadian rapper bury Ross the way he did Meek Mill?

It looks like Ross might be going after Drake and his YMCMB boss Lil Wayne at the same time. It’s no secret that Lil Wayne is already entrenched in a New Orleans vs. Atlanta rivalry with rapper Young Thug.

Now it looks like Rick Ross is coming for him, too, in an attempt to start a war between Maybach Music Group and YMCMB. The timing is perfect for a rivalry between the two record label owners with Rick Ross dropping his Black Market album soon and Lil Wayne’s newly announced tour dates.

Ross obviously went for Drake first and then Lil Wayne in response to Drake’s verbal massacre of MMG rapper Meek Mill. The Philadelphia rapper first blasted Drake on Twitter when he felt the rapper didn’t do enough to help promote Meek’s single “R.I.C.O.” that featured Drake.

That’s when Drake responded to the insult by dropping a diss track about Meek called “Charged Up” and when Meek didn’t respond quite fast enough, he dropped another diss called “Back To Back.”

The whole Drake and Meek Mill Feud was pretty entertaining, especially when the “Holine Bling” rapper took the stage at his own Toronto OVO Fest and performed his Meek Mill diss tracks live while images of meme after meme making fun of Meek during the Drake feud flashed on the screen.

Drake didn’t just win the little feud he had going on with NIcki Minaj’s boyfriend, but he annihilated the Philly rapper, who has zero street cred after the way things went down.

It looks like his boss Rick Ross might be stepping in to save the day, though, or will at least try. Whether Ross jumped into the feud for the headlines or to support his label, the Maybach Music Group founder has backed up Meek and even took it a step further by calling out Lil Wayne.

The verse from the Teflon Don’s latest release “Color Money” says, “Color money got your b**** out on a world tour/My lil homie made a million on his girl tour” and is directly referring to Meek on tour with Nicki Minaj.

Ross wasn’t done, though, and continued adding, “Miami n***** got them changing all the gun laws/So run Forrest got some shooters and they dying too/I got more money than that p**** that you’re signed to.”

That is a direct reference to Lil Wayne who has a mansion in South Beach. Wayne’s tour bus was shot up back in July after a concert in Atlanta. The shooter was just sentenced and reportedly has ties back to Lil Wayne’s mentor, Bryan “Birdman” Williams.

Now we sit back and wait for the fallout. Ross insulted Drake and Lil Wayne while even Nicki Minaj could get upset about her mention. A rap feud between Drake and Ross would be pretty entertaining and, if Lil Wayne joins in, could get real serious.

Some are predicting that Drake and Wayne would beat Rick Ross in a rap feud and, while that might be true, we still want to see which rapper will put out on the best show.